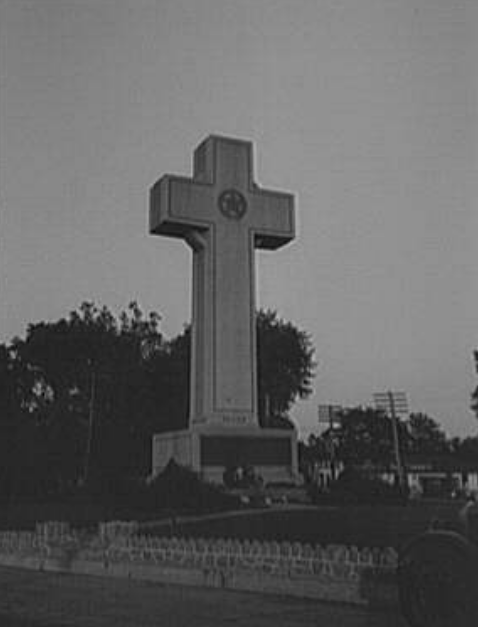 The U.S. Supreme Court ruled Thursday that a longtime Peace Cross memorial on government land does not violate the establishment clause.

The Peace Cross is a 40-foot monument built in 1925 in Bladensburg, Maryland, to honor soldiers who died during World War I. The American Legion helped pay for the monument, but a state commission took over ownership in 1961 and pays for its maintenance.

Alito said the cross “is undoubtedly a Christian symbol,” but it is also a significant landmark that should be viewed in historical context.

“For some, that monument is a symbolic resting place for ancestors who never returned home,” he wrote. “For others, it is a place for the community to gather and honor all veterans and their sacrifices for our nation. For others still, it is a historical landmark.

“For many of these people, destroying or defacing the cross that has stood undisturbed for nearly a century would not be neutral and would not further the ideals of respect and tolerance embodied in the First Amendment.”

Alito said the cross is consistent with the aim of the free exercise and establishment clauses, which aim to foster a society in which people of all beliefs can live together harmoniously.

Kagan did not join a section of Alito’s opinion criticizing the so-called Lemon test used to determine constitutional violations in establishment clause cases.

In her dissent, Ginsburg said the Supreme Court was eroding the commitment to governmental neutrality among religious faiths. “By maintaining the Peace Cross on a public highway, the [state] commission elevates Christianity over other faiths and religion over nonreligion,” she wrote.

The Lemon test was established in the 1971 case Lemon v. Kurtzman. Under the test, courts consider whether a challenged government action has a secular purpose, whether it has a primary effect that neither advances nor inhibits religion, and whether it fosters an excessive government entanglement with religion.

Alito said the Lemon test “presents particularly daunting problems” in cases that involve symbols with religious associations when they are used for ceremonial, celebratory or commemorative purposes. Rather than evaluate such cases using the Lemon test, he said, courts should apply “a presumption of constitutionality.” That part of his opinion was joined by Roberts, Kavanaugh and Breyer.

Justices Neil M. Gorsuch and Clarence Thomas concurred in the judgment in opinions that explained why they did not join Alito’s opinion.

Thomas said he does not think the establishment clause applies to the states. Gorsuch did not think the American Humanist Association had standing as an “offended observer” to sue. Gorsuch’s opinion also was joined by Thomas.

Alito and Gorsuch said in their opinions that they believed the Lemon test is a failure. Gorsuch called the test “a misadventure,” but he believed Alito’s presumption of constitutionality left some open questions.

Thomas said the court should overrule Lemon. “It is our job to say what the law is, and because the Lemon test is not good law, we ought to say so,” Thomas wrote.