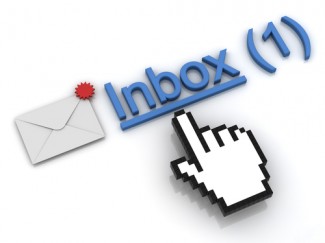 The U.S. Supreme Court ruled Wednesday that an investment banking director can be liable for emailing alleged false statements to prospective investors, even though he sent the emails at the direction of his boss, who had written the content.

The Supreme Court ruled 6-2 that Francis Lorenzo could be held liable under securities laws, despite a 2011 decision that found liability for false statements was limited to those with “ultimate authority over the statement.” Justice Brett M. Kavanaugh did not participate in the decision.

The court said the 2011 decision, Janus Capital Group v. First Derivative Traders, was based on the second prong of Securities and Exchange Commission Rule 10b-5, which bars the making of any untrue statement of material fact. The court said in that case the maker of a statement is the person with “ultimate authority over the statement.”

Lorenzo still could be liable under the first prong of Rule 10b-5 and the relevant statutory provision, Justice Stephen G. Breyer said in the court’s majority opinion. The first prong prohibits any device, scheme or artifice to defraud.

The SEC had alleged that Lorenzo knew his company’s client, Waste2Energy, had total assets of about $370,000. But he sent the emails that said the company had $10 million in “confirmed assets.” Although his boss wrote the emails, Lorenzo had signed them with his name. The emails stated that they were sent at the request of the firm’s owner.

The SEC had fined Lorenzo $15,000 for sending emails with the intent to defraud and barred him from working in the securities industry. Lorenzo had argued that he couldn’t be liable under Janus because he didn’t “make” the untrue statement.

Breyer disagreed. “While one can readily imagine other actors tangentially involved in dissemination—say, a mailroom clerk—for whom liability would typically be inappropriate, the petitioner in this case sent false statements directly to investors, invited them to follow up with questions, and did so in his capacity as vice president of an investment banking company,” Breyer wrote.

In a dissent, Justice Clarence Thomas said the majority “misconstrues the securities laws and flouts our precedent in a way that is likely to have far-reaching consequences.” Lorenzo may be liable for aiding and abetting a securities violation, but he should not have primary liability, Thomas said.

The case is Lorenzo v. Securities and Exchange Commission. The New York Times’ DealBook column had previewed the case here.