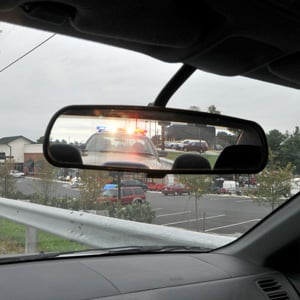 The U.S. Supreme Court agreed Monday to decide whether an officer had reasonable suspicion to pull over the driver of a truck after a registration check showed that the vehicle’s owner had a revoked driver’s license.

The Kansas Supreme Court had found that the stop violated the Fourth Amendment rights of the truck’s driver, Charles Glover Jr. The court found that the Douglas County sheriff’s deputy who pulled Glover over did not have a reasonable suspicion that the vehicle driver was its owner.

Glover did indeed own the vehicle, and he was charged with “being a habitual violator of Kansas traffic laws” for driving on a revoked license.

An amicus brief filed by 11 states said that unlicensed drivers account for 2.6 percent of the drivers on the road, but they are responsible for 18.2 percent of fatal crashes.

The case is Kansas v. Glover.