Supreme Court rules for cop in suit over fatal shooting 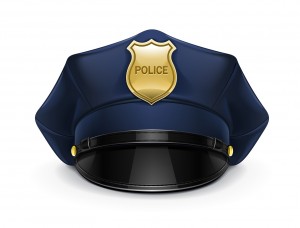 A New Mexico State Police officer who shot and killed a man who pointed a gun at police from inside his home is entitled to qualified immunity in a federal civil-rights lawsuit, the U.S. Supreme Court ruled on Monday in a summary decision.

The per curiam opinion (PDF) vacates a decision by the Denver-based 10th U.S. Circuit Court of Appeals in a Fourth Amendment suit against Officer Ray White. White’s conduct did not violate clearly established law, so he is entitled to qualified immunity, the Supreme Court said.

The 10th Circuit had said an officer in White’s position would have believed, under clearly established law, that a warning was required before he fired. According to the Supreme Court, the 10th Circuit majority “misunderstood the ‘clearly established’ analysis: It failed to identify a case where an officer acting under similar circumstances as Officer White was held to have violated the Fourth Amendment.”

White was the last officer to arrive at the home of brothers Samuel and Daniel Pauly, the Supreme Court said. Two other officers had already arrived to speak with Daniel Pauly about a report that he had been “swerving all crazy” while driving his truck and may have been intoxicated.

The first two officers approached the home “in a covert manner,” using flashlights intermittently as they approached, the Supreme Court said, summarizing the record in the light most favorable to the brothers.

When the Pauly brothers became aware someone was outside they yelled, “Who are you?” and “What do you want?” The two officers allegedly laughed and told the brothers to “come out or we’re coming in.” The officers say they identified themselves as state police, but the occupants of the home heard no such warning.

White arrived as he heard one of the Pauly brothers saying, “We have guns.” White took cover behind a stone wall. Daniel Pauly then stepped out the back door and fired two shotgun blasts while screaming loudly. Samuel Pauly opened a front window and pointed a handgun in White’s direction.

The suit against all three officers at the scene had claimed violation of the Pauly brothers’ Fourth Amendment right to be free from excessive force. The 10th Circuit found none of the officers was protected by qualified immunity, but examined White’s case separately because he arrived late on the scene. The Supreme Court considered only White’s case.

“In the last five years,” the Supreme Court said, “this court has issued a number of opinions reversing federal courts in qualified immunity cases. … Today, it is again necessary to reiterate the longstanding principle that ‘clearly established law’ should not be defined ‘at a high level of generality.’ ”

The judge, Harris Hartz, said he was “unaware of any clearly established law that suggests … that an officer … who faces an occupant pointing a firearm in his direction must refrain from firing his weapon but, rather, must identify himself and shout a warning while pinned down, kneeling behind a rock wall.”

The case is White v. Pauly.