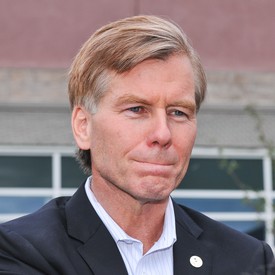 The U.S. Supreme Court has overturned the conviction of former Virginia Gov. Robert McDonnell in a decision interpreting the meaning of “official action” in the federal bribery law.

The decision (PDF) was unanimous. In his opinion for the court, Chief Justice John G. Roberts Jr. said jurors received faulty instructions on the meaning of the law that would reach conduct by government officials that is not unlawful.

The instructions were based on the government’s “boundless interpretation” of the federal bribery law that raised constitutional concerns, Roberts said. The government interpretation “could cast a pall of potential prosecution” on routine courtesies extended to constituents who have previously made a campaign donation or treated a government official to a sports outing, Roberts said.

McDonnell and his wife were accused of accepting $175,000 in loans, gifts and benefits from a businessman promoting a diet supplement. McDonnell had argued his favors for the businessman were not the kind of “official acts” that are barred.

McDonnell, who was first elected to the post of governor in 2010 as a Republican, said his actions were no more than “routine political courtesies” such as arranging meetings; hosting events at the governor’s mansion; and contacting government officials about studies of the supplement. The Supreme Court agreed that such actions, by themselves, don’t qualify as an “official action” that is barred when done in exchange for something of value.

McDonnell was accused of honest-services fraud and Hobbs Act extortion on a theory that he had accepted bribes, and he agreed to reference the federal bribery statute and its definition of “official act.” As a result, the government had to prove McDonnell committed or agreed to commit an official act in exchange for loans and gifts from the businessman, Jonnie Williams, CEO of the supplement company Star Scientific.

The district court advised the jury on the meaning of “official act” using the government’s definition. The district court said the term includes “acts that a public official customarily performs,” including acts “in furtherance of longer-term goals” or “in a series of steps to exercise influence or achieve an end.” Jurors convicted McDonnell on the Hobbs Act and honest-services fraud charges.

Siding with McDonnell, the Supreme Court said the government’s interpretation of the law was too expansive. An official act, Roberts wrote, is a decision or action on a matter that involves a formal exercise of governmental power that is similar to a lawsuit before a court, a determination before an agency, or a hearing before a committee. The public official must make a decision or take an action on that matter, or agree to do so, for it to be an official act.

Setting up a meeting, calling another public official or hosting an event does not, standing alone, qualify as an official act, Roberts said.

“Conscientious public officials arrange meetings for constituents, contact other officials on their behalf, and include them in events all the time,” Roberts wrote. “The basic compact underlying representative government assumes that public officials will hear from their constituents and act appropriately on their concerns—whether it is the union official worried about a plant closing or the homeowners who wonder why it took five days to restore power to their neighborhood after a storm.

“The government’s position could cast a pall of potential prosecution over these relationships if the union had given a campaign contribution in the past or the homeowners invited the official to join them on their annual outing to the ballgame. Officials might wonder whether they could respond to even the most commonplace requests for assistance, and citizens with legitimate concerns might shrink from participating in democratic discourse.”

Because jurors received incorrect jury instructions, they may have convicted McDonnell for conduct that isn’t unlawful, Roberts said.

On remand, the court said, a federal appeals court should determine whether there is sufficient evidence for a jury to convict McDonnell of committing or agreeing to commit an official act. If so, the case should be set for retrial with new jury instructions.

McDonnell had also argued that the bribery and extortion laws should be struck down as unconstitutionally vague. Roberts said the court’s opinion construes “official act” to avoid vagueness concerns, and “we decline to invalidate those statues under the facts here.”

Roberts began the opinion with a description of the gifts and favors bestowed upon McDonnell and his wife, Maureen. They included $20,000 in designer clothing for Maureen McDonnell; three loans totaling $120,000; $15,000 to help pay for the wedding of the couple’s daughter; a visit to Williams’ vacation home in which McDonnell borrowed Williams’ Ferrari; a $10,000 wedding gift for one of the couple’s daughters; and a Rolex watch that Maureen McDonnell gave to her husband as a Christmas gift.

Roberts continued with the theme at the conclusion of his opinion.

“There is no doubt that this case is distasteful; it may be worse than that,” Roberts wrote. “But our concern is not with tawdry tales of Ferraris, Rolexes, and ball gowns. It is instead with the broader legal implications of the government’s boundless interpretation of the federal bribery statute. A more limited interpretation of the term ‘official act’ leaves ample room for prosecuting corruption, while comporting with the text of the statute and the precedent of this court.”