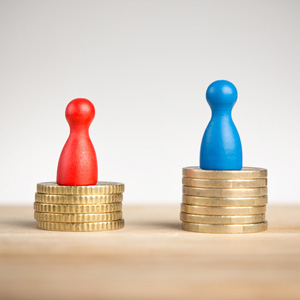 Law firms seeking to hold on to top lawyers appear willing to pay higher amounts that increase the gap between their highest- and lowest-paid equity partners.

Pay ratios can vary in any year because of one-time bonuses.

“But talent remains at a premium across BigLaw,” the article reports, “And the general trend is clear that the largest firms have grown increasingly willing to differentiate compensation between tiers of lawyers.”