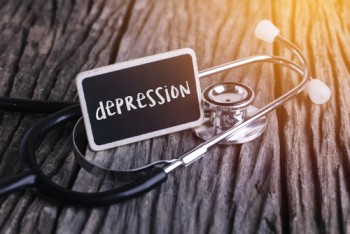 People with higher income typically have better mental health. But the opposite is true for lawyers in the United States and Canada, according to a new study.

The University of Toronto study found that higher-status lawyers in both countries have more symptoms of depression than peers in the public sector, and are no better off in terms of health. The study attributed the differences to overwork and work-life conflict, which increase with firm size. An early version of the study about the legal profession’s “status-health paradox” is here.

The study found that the larger the firm and the more high-paying the job, the more likely a lawyer was to have depressive symptoms, the Toronto Star reports.

If overwork and work-life conflict had the same prevalence across practice settings, there would be almost no difference in symptoms of depression among the lawyers, according to the study, which will be published in the Journal of Health and Social Behaviour.

The financial success associated with a BigLaw job was protective, however.

“Were it not for higher incomes in larger firms, the health gap between the public sector and larger firms would be even larger,” the study found.

ABA Journal: “How lawyers can avoid burnout and debilitating anxiety”

ABAJournal.com: “Are lawyers from top schools a lot happier about their career choice? Statistically the answer is no”