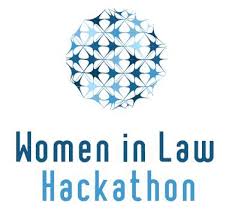 Thirty-six law firms have agreed to test one or more pilot programs developed as a result of a Women in Law Hackathon last summer in which teams competed to develop solutions to the gender gap in law firms.

The law firms will be participating in six pilot programs, including an initiative that would require law firms to interview and consider a certain percentage of qualified women for key leadership positions, including managing partner. That program has been dubbed “the Mansfield rule,” a reference to the first woman to pass the bar in the United States. A press release is here (PDF) and a story by Bloomberg Big Law Business is here.

Fifty-four law firm partners had participated in the June hackathon at Stanford Law School. Many of the 18 firms not participating in the new “hackathon alliance” already have their own gender parity programs underway, according to Caren Ulrich Stacy, who spoke with Bloomberg. She is the CEO and founder of Diversity Lab, which conceived the hackathon competition with Stanford Law School and Bloomberg Law. Bloomberg funded three cash prizes for the top three ideas.

The five other pilot programs would:

• Use a data-based compensation tool to help combat unconscious bias in setting compensation. The tool will flag results that appear inconsistent with law firm guidelines.

• Use a gender-neutral reporting and evaluation system to help lawyers get credit for nonbillable work that helps their firms and to encourage sharing of the work.

• Create a secondment program to lend a female partner and female associate to a client for 12 months so they can learn the business, handle their legal matters and eventually get economic credit for the relationship.

• Use an app and dashboard to help mid- and senior-level women associates map their career plans, with guidance from a team of partners, an outside executive coach, a legal department executive who serves as a client coach, and a peer network of similarly situated women lawyers.

• Participate in a program designed to eliminate barriers to business development success for women for the two to three years before and after they make partner.