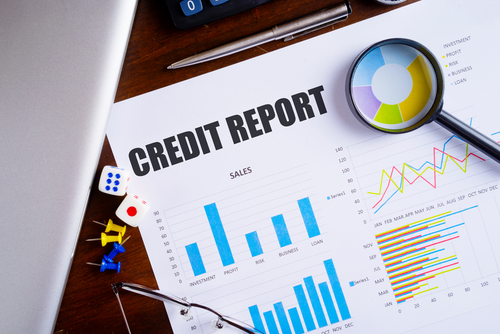 In a 5-4 decision on constitutional standing, the U.S. Supreme Court on Friday limited which consumers can sue over erroneous TransUnion credit reports that flagged them as potential terrorists, drug traffickers and other serious criminals.

Justice Brett M. Kavanaugh summed up his majority decision in one short sentence: “No concrete harm, no standing.”

More than 8,000 individuals had sued the TransUnion credit reporting agency for misidentifying them as potential serious criminals under the Fair Credit Reporting Act. TransUnion provided misleading credit reports to third-party businesses for only 1,853 of those consumers, and they are the only class members who can sue for the alleged failure to use reasonable procedures, Kavanaugh said.

And there is only one class member who can sue for formatting defects in certain mailing, Kavanaugh said. That plaintiff, Sergio Ramirez, had sought a copy of his credit file after a car dealership turned him down because of the false information in the TransUnion report. The first mailing failed to tell Ramirez that he had been identified as a possible criminal, and the second did not include a summary of his rights.

Other class members hadn’t demonstrated that they even opened the erroneous mailings or that the defects had caused confusion or distress, the majority said.

“Congress’ creation of a statutory prohibition or obligation and a cause of action does not relieve courts of their responsibility to independently decide whether a plaintiff has suffered a concrete harm under Article III,” which gives the federal judiciary the power to resolve cases and controversies. Kavanaugh said.

“If the law of Article III did not require plaintiffs to demonstrate a ‘concrete harm,’ Congress could authorize virtually any citizen to bring a statutory damages suit against virtually any defendant who violated virtually any federal law,” he wrote.

Kavanaugh cited an opinion by Justice Amy Coney Barrett when she was a judge on the 7th U.S. Circuit Court of Appeals at Chicago.

“Article III grants federal courts the power to redress harms that defendants cause plaintiffs, not a freewheeling power to hold defendants accountable for legal infractions,” she wrote.

The false information turned up because of a TransUnion add-on product that compared names in its database with a list of names of people who threaten America’s security that is maintained by the U.S. Treasury Department’s Office of Foreign Assets Control. TransUnion did not use any other information to winnow people identified as a potential security threat from the list.

“Yet despite Congress’ judgment that such misdeeds deserve redress, the majority decides that TransUnion’s actions are so insignificant that the Constitution prohibits consumers from vindicating their rights in federal court. The Constitution does no such thing,” Thomas wrote.

The concept of an “injury in fact” requirement for standing wasn’t even introduced until 1970, and it was in a statutory rather than a constitutional case, he said.

“In the name of protecting the separation of powers,” Thomas wrote, “this court has relieved the legislature of its power to create and define rights.”

Kagan wrote a separate dissent, joined by Breyer and Sotomayor.

“The court here transforms standing law from a doctrine of judicial modesty into a tool of judicial aggrandizement,” Kagan wrote. “It holds, for the first time, that a specific class of plaintiffs, whom Congress allowed to bring a lawsuit, cannot do so under Article III.”

Kagan said she continues to think that Article III requires a concrete injury, but she would define it to include a risk of harm.

The case is TransUnion v. Ramirez.