Chris McGuire, global head of strategy and business development at Thomson Reuters Legal, says this product is an outgrowth of three major trends: the globalization of business, the increased use and collection of data and the international growth of regulatory privacy frameworks.

The web-based tool brings together Thomson Reuters’ collection of legal documents, professional analysis and news pertaining to data privacy. The tool covers more than 80 countries and all U.S. states and Canadian provinces.

Its news analysis is updated twice a day—once for the European business day and again for the U.S.—and is fed from Reuters media and 800 vetted blogs, according to Tim Harty, global head of actionable intelligence at Thomson Reuters.

The tool also contains a question-and-answer feature, which is built on the IBM’s Watson, a natural language processing artificial intelligence system. This digital infrastructure is meant to not only return the appropriate query, but it can also point the user towards other relevant provisions or regulations he or she may need to research. 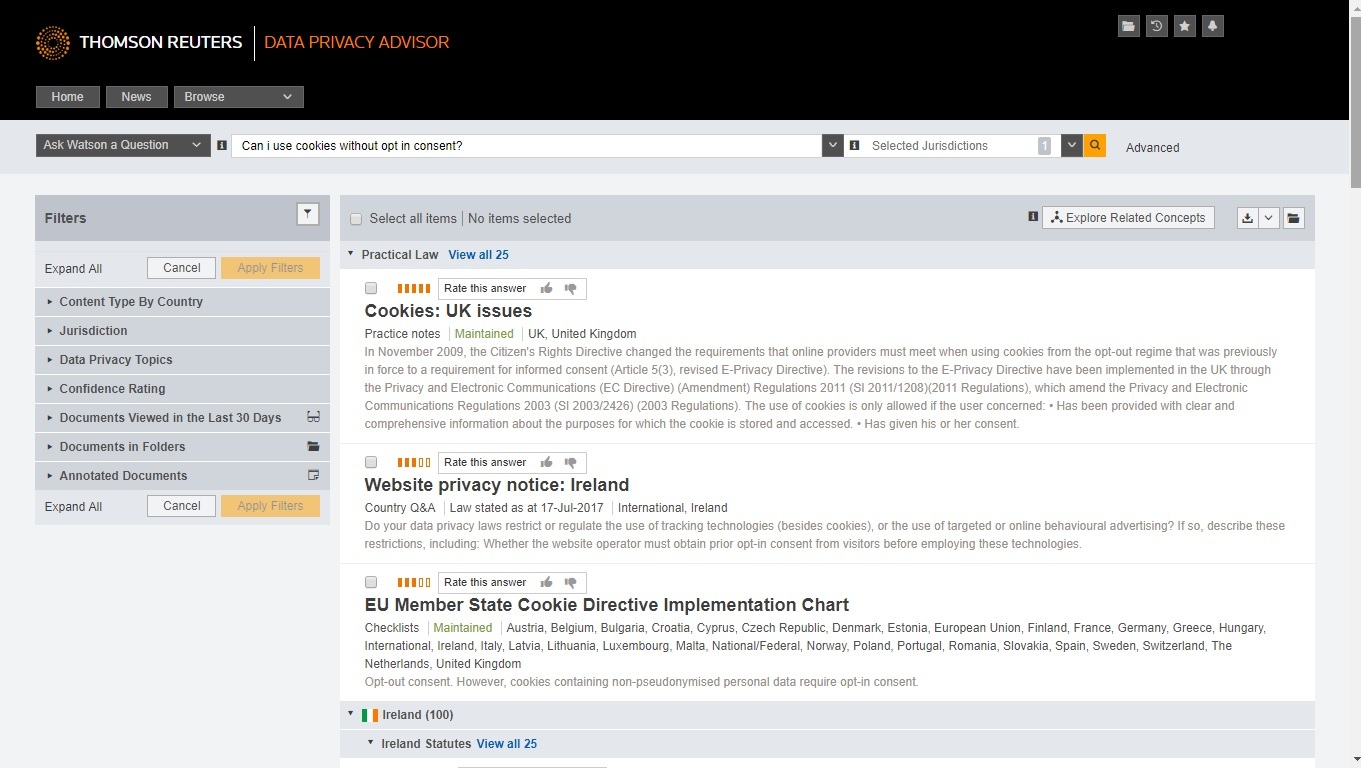 The launch of this platform comes when data privacy regulation is increasing around the world. In February, Australia will implement the Notifiable Data Breaches scheme, creating new responsibilities for entities responding to data breaches. On May 25, the European Union’s General Data Protection Regulation will come into force, which affects the collection, storage, transfer and deletion of personal data.

As these laws start to make their impact, there is a concern that businesses are not ready. A 2017 survey by the International Association of Privacy Professionals, an industry group, found that 60 percent of firms that believe the GDPR applies to them “will be only partially compliant by the deadline.”

The tool is meant to compliment other Thomson Reuters products, like WestLaw, Harty says. However, the Data Privacy Advisor will also be a stand-alone offering. It is being released in Canada, the United Kingdom and the United States.

At the time of publication, Thomson Reuters had not released the product’s fee structure.