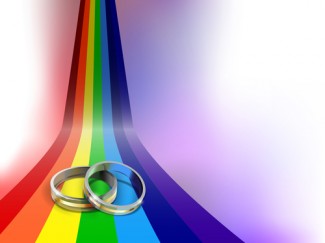 Updated: The Alabama Supreme Court has tossed a suit by a Mobile County probate judge seeking guidance on the authority of the state’s chief justice to order probate judges not to issue marriage licenses to gay couples.

The court said the Feb. 9 petition filed by Probate Judge Don Davis was, in substance, a request for an advisory opinion. In its Feb. 11 opinion (PDF), the court said it had the statutory authority to issue advisory opinions only when requested by the governor or the legislature. Al.com has a story.

On Sunday evening, Chief Justice Roy Moore ordered probate judges not to issue any licenses to gay couples. The issue, according to a concurrence by Justice Mike Bolin, was whether the chief justice’s powers extend to probate judges’ administrative, as opposed to official, actions.

Moore, who recused himself in the case filed by Davis, had issued his order a day before expiration of a stay that had temporarily blocked gay marriages in Alabama. The U.S. Supreme Court on Monday refused to extend the stay, allowing a federal court ruling overturning Alabama’s gay marriage ban to take effect.

Bolin, the concurring justice, is a former probate judge. He began his concurrence with a comparison to another case that referred to an orderly process turned into a “three-ring circus.”

In the present case, Bolin said, “the ensuing legal ‘circus’ has left probate judges, who had no voice or opportunity to be heard in this matter, in an untenable position—caught between a federal district judge’s order, the statewide precedential value of which is uncertain, and an order from the chief justice of the Alabama Supreme Court. If the term ‘circus’ is hyperbole, the current predicament at least qualifies as a ‘darned if I do, darned if I don’t’ dilemma for the probate judges, and this is no way to wisely, fairly, and deliberately administer justice.”

Bolin noted that the probate judges were not defendants when U.S. District Judge Callie Granade overturned Alabama’s ban on gay marriage in Searcy v. Strange. After Davis refused on Monday to issue gay-marriage licenses, plaintiffs in the Searcy litigation succeeded in adding him as a defendant. After a hearing Thursday afternoon, Granade issued an injunction requiring Davis to act, reports the New York Times.

“Judge Davis may not deny them a license on the ground that plaintiffs constitute same-sex couples or because it is prohibited by the sanctity of marriage,” wrote Granade in her decision.

Bolin quoted with approval a dissent by Justice Clarence Thomas to the U.S. Supreme Court’s refusal to issue a stay. “The court looks the other way as yet another federal district judge casts aside state laws without making any effort to preserve the status quo” pending a U.S. Supreme Court decision on the gay-marriage question, Thomas wrote. “Today’s decision represents yet another example of this court’s increasingly cavalier attitude toward the states.” His dissent was joined by Justice Antonin Scalia.