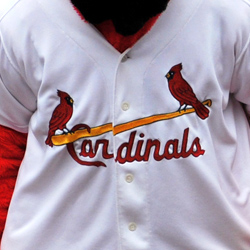 A lawyer hired by the St. Louis Cardinals says he is “100 percent confident” that upper management was not involved in the hacking of a computer database for the Houston Astros.

The lawyer, Jim Martin, said the Cardinals hired his firm, Dowd Bennett, in February to conduct an internal investigation of the allegations, the Associated Press reports. The investigation is continuing.

Martin’s comments follow reports that the FBI and federal prosecutors are investigating allegations that front-office Cardinals officials hacked into an Astros database that included discussions about trades, statistics and scouting reports.

Cardinals general manager John Mozeliak said that neither he nor team chairman Bill DeWitt were involved in the hacking, and they were not aware of any information that the team used.

Dowd Bennett, based in St. Louis, was formed in 2006 by former partners with Bryan Cave, the Am Law Daily (sub. req.) reports. It has about two dozen lawyers. Martin, a former federal prosecutor, moved to Dowd Bennett from Armstrong Teasdale early last year.