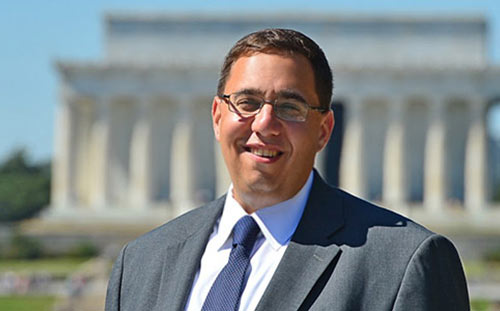 President Donald Trump’s lawyer told a federal judge Tuesday that Congress has no authority to seek Trump’s financial records because it wants them for a law enforcement purpose rather than for its legislative work.

Lawyer William S. Consovoy went so far as to argue that Congress couldn’t investigate the president for corrupt behavior in office, USA Today reports. U.S. District Judge Amit Mehta sounded incredulous at the assertion and asked whether it was Consovoy’s position that Congress did not have the authority to investigate the Watergate break-in or the failed Whitewater land deal.

The Washington Post, the New York Times and Politico also have coverage of the arguments.

Douglas Letter, general counsel for the House of Representatives, told Mehta that Congress had to investigate Trump’s financial records to learn whether he is beholden to foreign interests.

Asked whether there was a point where Congress would be going too far, Letter suggested that could happen if a request was made for Trump’s childhood diary or for his blood.

Mehta was considering arguments in a suit by Trump and several of his businesses against the House Committee on Oversight and Reform and the accounting firm from which it is seeking records, Mazars USA. The suit seeks to revoke a subpoena for the records.

The subpoena was issued after Trump’s former personal lawyer, Michael Cohen, had testified that Trump manipulated the value of his assets to secure loans or gain tax advantages.

According to USA Today coverage, Mehta cited three possible reasons to block the subpoena: that Congress doesn’t have the authority to investigate Trump’s private life, that it can’t investigate for the sake of exposure, and that it can’t encroach on the powers of the other branches of government.

The New York Times says Mehta’s questions during the hearing suggest that he is likely to rule for the House. Politico coverage says Mehta “raised pointed doubts” about Consovoy’s arguments.