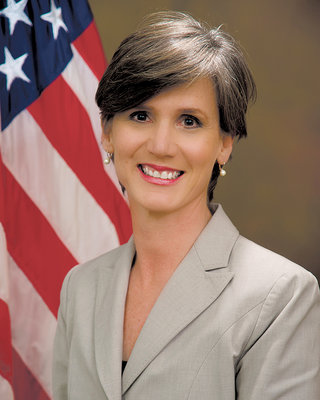 A White House statement said Yates “has betrayed the Department of Justice by refusing to enforce a legal order designed to protect the citizens of the United States,” report the New York Times, the Washington Post and the Los Angeles Times. The statement said the Justice Department’s Office of Legal Counsel had approved the order as to form and legality.

Trump appointed U.S. Attorney Dana Boente of the Eastern District of Virginia to replace Yates. In an interview with the Washington Post, Boente said he was going to enforce the order. Later on Monday, he rescinded Yates’ directive.

Yates was deputy attorney general during the Obama administration, and she was serving as acting attorney general pending a confirmation vote on Sen. Jeff Sessions. The Senate Judiciary Committee is scheduled to consider Sessions’ nomination Tuesday.

The controversy erupted as lawyers filed several additional suits on Monday that challenged Trump’s order, including one by the state of Washington. The ABA released a statement Tuesday acknowledging the mounting litigation related to this immigration order.

The ABA statement also expressed concern about the recent executive orders on immigration. The two orders from last week “make significant changes to our nation’s immigration policies and jeopardize fundamental principles of justice, due process and the rule of law.”

Yates explained her decision in a memo. “My responsibility is to ensure that the position of the Department of Justice is not only legally defensible, but is informed by our best view of what the law is after consideration of all the facts. In addition, I am responsible for ensuring that the positions we take in court remain consistent with this institution’s solemn obligation to always seek justice and stand for what is right. At present, I am not convinced that the defense of the executive order is consistent with these responsibilities nor am I convinced that the executive order is lawful.” 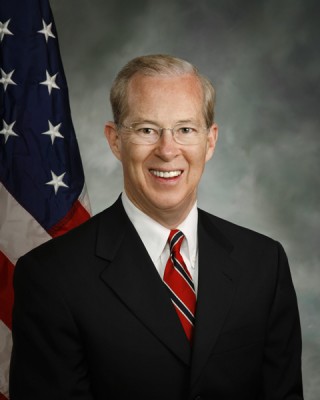 Yates said her role is different from that of the department’s Office of Legal Counsel, which has reviewed executive orders for form and legality before they are issued. The OLC considers whether a proposed order is lawful on its face and is properly drafted, and “does not take account of statements made by an administration or it surrogates close in time to the issuance of an executive order that may bear on the order’s purpose. And importantly, it does not address whether any policy choice embodied in an executive order is wise or just.”

Washington is the first state to file a lawsuit challenging the executive order, the Seattle Times and the Associated Press report. Minnesota Attorney General Lori Swanson announced Wednesday that her state was joining Washington’s suit.

The suit (PDF) alleges violations of the Constitution’s equal protection, due process and establishment clauses. The suit also claims violations of federal law, including the Religious Freedom Restoration Act and the federal law barring discrimination on the basis of nationality in the issuance of immigrant visas.

Washington Attorney General Bob Ferguson said two companies based in Washington, Amazon and Expedia, would file declarations with the lawsuit about the executive order’s negative impact on their businesses and employees.

The suit says the executive order is harming the state’s economy and its technology industry, which depends on highly skilled workers with H-1B visas who work in the country. The suit also says the order is separating Washington residents and “undermining Washington’s sovereign interest in remaining a welcoming place for immigrants and refugees.”

According to the suit, the state “has an interest in ensuring that its residents are not excluded from the benefits that flow from participation in the federal system, including the rights and privileges provided by the U.S. Constitution and federal law.”

Virginia Attorney General Mark R. Herring also announced Tuesday the state has filed a motion to intervene (PDF) in another lawsuit challenging the order. The Eastern District of Virginia case is Aziz v. Trump, and the plaintiffs are 50 to 60 lawful permanent residents of the U.S. detained at Dulles International Airport. In this case, U.S. District Judge Leonie Brinkema issued a temporary restraining order to block for seven days the removal of any green-card holders beind held at Dulles, NBC4 Washington reported.

Also Tuesday, Massachusetts Attorney General Maura Healey announced that her state would be joining a lawsuit challenging the order that was filed Saturday by the ACLU of Massachusetts and private immigration lawyers on behalf of two associate professors at the University of Massachusetts at Dartmouth who were detained at Logan Airport in Boston.