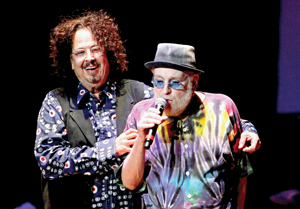 The court ruled in a legal battle for royalties by a company created by Flo and Eddie of the Turtles, report the Hollywood Reporter, Law.com (sub. req.), the Orlando Sentinel and Ars Technica.

Federal copyright law does not protect recordings made before 1972. Flo & Eddie Inc., which controls music rights for the Turtles, had claimed in a suit against SiriusXM that the older recordings were protected by common law in Florida, New York and California.

Sirius reached a settlement with Flo & Eddie Inc. last December in a deal worth as much as $99 million; the actual settlement amount depended on the pending appeals based on state law.

Florida law “has never previously recognized an exclusive right of public performance for sound recordings,” the court said. “To recognize such a right for the first time today would be an inherently legislative task. Such a decision would have an immediate impact on consumers beyond Florida’s borders and would affect numerous stakeholders who are not parties to this suit.”

Turtles songs include “Happy Together” and “Can I Get to Know You Better.”