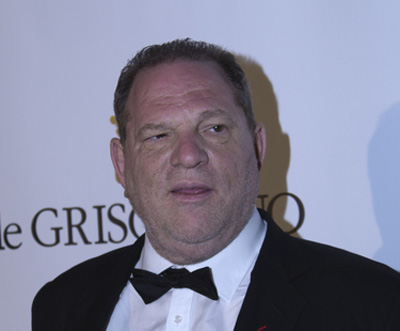 Two new lawyers defending movie producer Harvey Weinstein against sexual assault charges once represented one of his accusers in a drug possession case.

Both lawyers also represented actress Rose McGowan, who claims Weinstein assaulted her in 1997. The charges against Weinstein are not based on McGowan’s accusation.

Baez and Sullivan are among three lawyers on the team who have represented high-profile clients. Baez and Sullivan won an acquittal for former football player Aaron Hernandez, who died by suicide in prison in April 2017. Baez represented Casey Anthony, who was acquitted in the death of her 2-year-old daughter.

Bruce Green, a legal expert and professor at the Fordham University School of Law, agreed with that assessment. He told the Times that Baez and Sullivan’s work on McGowan’s case would pose a conflict only if she was called to testify as a witness in Weinstein’s case.

McGowan disagreed, however. She told the Times that the representation is “an egregious conflict of interest,” and that Baez is still listed as the lawyer in her case.

“I asked Jose Baez directly if he would ever work with Harvey, and I told him it was my fear that he would be bought off while representing me,” McGowan told the Daily Beast. “He responded by saying, ‘I don’t like to lose.’ ”

McGowan pleaded no contest to a misdemeanor drug charge earlier this month and received no jail time, according to the Daily Beast. A lawyer who represented McGowan before she hired Baez and Sullivan, Jessica Carmichael, had suggested that the cocaine found in McGowan’s wallet could have been planted by someone working for Weinstein, according to WTOP.com and Rolling Stone.

The wallet had been left behind on a plane. Carmichael never provided evidence to back up her suggestion.

Weinstein was formerly represented by New York City defense lawyer Benjamin Brafman. They both said in a statement last week that they “agreed to part ways amicably.”