Two federal defenders in Omaha discover they are half sisters 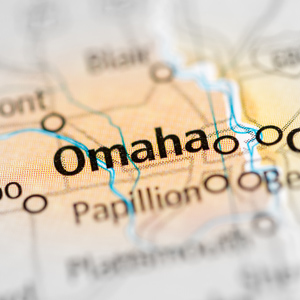 Julie Hansen and Kelly Mahoney Steenbock both excelled in academics and were determined to attend college and law school, despite growing up poor in households that could not pay for their higher education.

Both got jobs after law school in county public defender offices, and both eventually became public defenders for the U.S. District Court in Nebraska, report U.S. Courts and an August article by the Omaha World Herald.

They discovered they were half sisters during a conversation in March 2015 in which Steenbock, who was new to the federal PD’s office, answered questions about her background. Steenbock and Hansen had both been raised in Bellevue, Nebraska, but they didn’t know each other and didn’t attend the same high school. It turned out, they had the same father.

Hansen’s mother was only 16 when Hansen was born, and her father never acknowledged her existence. She was raised at her maternal grandmother’s house, with her mother and her mother’s siblings all pitching in. She tried contacting her father after graduating with honors from high school, but he did not reply.

Kelly Mahoney Steenbock’s father was a trucker who was rarely around. He was a heavy drinker and eventually her parents split up. Her mother became a secretary to support the family. Her father had a sister, known as Terry, and his mother ran a yarn and hobby store.

As Steenbock questioned Hansen, Hansen gave her father’s full name and his hometown, and she mentioned Terry and the yarn store. The women realized they were siblings.

“On a random day, at a random moment during the most random of conversations, a door no one dreamed about opened,” writes the Omaha World Herald. “Consider the coincidence. There are 1.9 million Nebraskans. Of these, 5,600 are attorneys in active practice. Of that share, 2,400 work in Omaha. Of all the lawyers in Omaha, on the third floor of the north red brick tower at 15th and Douglas are eight attorneys. And two are sisters.”