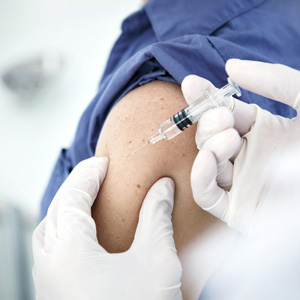 An unvaccinated Kentucky teen barred from playing in a basketball playoff during a chickenpox outbreak and then banned from the classroom has filed a suit claiming a violation of his religious rights.

After an outbreak of at least 32 chickenpox cases, the Northern Kentucky Health Department refused to allow students to participate in athletic events and attend class if they had not been vaccinated or they did not have immunity to the virus.

The Kunkels’ suit says the chickenpox vaccine is derived from aborted fetal cells, and they object to vaccination on religious grounds. The vaccine manufacturer, Merck, makes the vaccine from cells grown from a fetus aborted in England in 1966, according to the Cincinnati Enquirer.

Kunkel obtained a vaccination exemption last year on religious grounds, as permitted by Kentucky law, the suit says. The complaint alleges that the health department displayed religious animus to the Kunkels during meetings with them.

The suit also claims that the health department violated the Kunkels’ due process rights by imposing the sports and classroom bans without declaring an emergency.

The Washington Post story looks at legal precedent for vaccine requirements. In the 1905 case, Jacobson v. Massachusetts, the U.S. Supreme Court ruled that the government’s police powers trumped the individual rights of a man who refused to be vaccinated for smallpox.

In a 2015 case, Phillips v. City of New York, the 2nd U.S. Circuit Court of Appeals at New York upheld a state regulation permitting unvaccinated students to be removed from school during a disease outbreak.

Elizabeth Reiner Platt, director of the Law, Rights and Religion Project at Columbia Law School, reviewed the lawsuit for the Washington Post. She thinks the Kunkels can succeed only if they can show that the health department decision was motivated by animus to the family’s religious beliefs.

“This will be a very challenging claim to make,” she said.