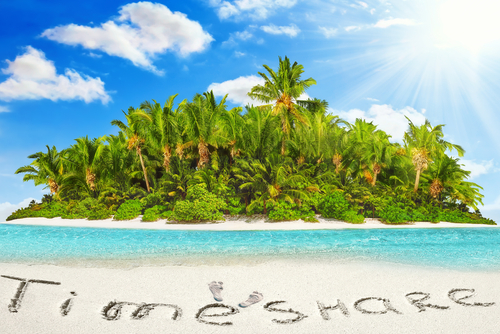 Vacation ownership company Diamond Resorts International has settled a lawsuit against an Orlando lawyer and his firm that claimed their website marketing to potential clients interfered with the company’s timeshare contracts.

Diamond Resorts International announced the settlement with lawyer Austin Aaronson and his law firm Aaronson, Austin in a May 8 press release. U.S. District Judge Roy Dalton Jr. dismissed the case May 7 after receiving notice of the settlement during a trial in the case.

The press release did not offer any details of the settlement.

Diamond Resorts International, which manages more than 420 timeshare resorts, had claimed that Aaronson and his firm weaved a false narrative of unlawful activities by the vacation ownership company in ads seeking clients who wanted to dump their timeshares.

Diamond Resorts International had pointed to statements on the Aaronson, Austin website, including a statement that read: “Quite often, one’s signature on a timeshare contract is obtained by fraud.” Another statement read: “Chances are good that your timeshare developer is exposed legally in ways that are relatively straightforward and provable.”

The website also had made statements about Diamond Resorts International in particular. Among them were allegations that the company installs itself as the management company of its resorts by using proxy proposals to elect their insiders.

Dalton denied a motion to toss the case before trial March 5.

Aaronson told the ABA Journal that the case settled during a bench trial, during the plaintiff’s case in chief. “Although I cannot say what the settlement requires, I can say what it does not: It does not restrict our ability to do business in any way,” he says.

Aaronson says he finds it disappointing that Diamond Resorts International lumps legitimate law firms with timeshare exit teams. “They are spinning [the settlement] in a way that we frankly find disappointing,” he says.

Aaronson says he could not comment on whether the settlement required his firm to change statements made on its website or whether it required a payout.

“I think they spent a tremendous amount of money going after us on this,” hey says. “I suspect they’re not totally enamored with the result. That’s about as far as I can go.”

He acknowledges that he wasn’t totally enamored, either, because a settlement always involves compromise.

Aaronson credits his lawyer, Charles Meltz, and his law firm for “incredibly good and incredibly professional” work on his behalf.

Diamond Resorts International has pursued 12 other federal suits against attorneys and companies marketing themselves as timeshare exit companies, according to the press release. It has obtained permanent injunctions in seven lawsuits.

The suit between Aaronson and Diamond Resorts International was “the first of its kind to reach the trial stage,” according to the press release.