What are partners' duties when a colleague is impaired? Draft opinion calls for these steps 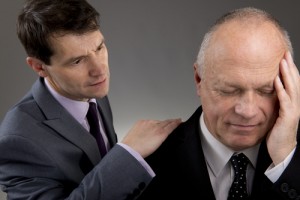 Partners and supervisory lawyers should take precautionary measures before an impaired law-firm colleague commits serious misconduct or poses a risk to clients and others, according to a draft ethics opinion by the Virginia State Bar.

Partners or supervisory lawyers who take appropriate measures aren’t ethically responsible for the impaired lawyer’s misconduct, the draft opinion says, “unless they knew of the conduct at a time when its consequences could have been avoided or mitigated and failed to take reasonable remedial action.”

An introduction to the proposed opinion (PDF), dated July 21, cites studies finding that lawyers suffer from depression, alcohol abuse and substance abuse at a rate that is two to three times the rate of the general population. In addition, lawyers “are “moving into an older demographic profile” both nationally and in Virginia, the draft opinion says.

Almost a third of Virginia lawyers are age 54 or older, and 11.5 percent of these attorneys are age 65 or older. “The substantial percentage of aging lawyers presents both opportunities and challenges for the state bars,” the introduction says. The Legal Profession Blog links to the proposed opinion, which was open for comments until Sept. 9, according to a press release.

A lawyer whose physical or mental health materially impairs his ability to represent clients has a duty to refrain or withdraw from representation, the draft opinion points out. If the lawyer doesn’t do so, his law firm has an obligation to take action to ensure the impaired lawyer doesn’t violate ethics rules.

The draft Virginia opinion offers some additional advice. Law firms should have an enforceable policy that would require the impaired lawyer to seek appropriate assistance or treatment as a condition of continued employment. The firm could direct an impaired lawyer to seek an evaluation from Lawyers Helping Lawyers, or could make a confidential report to the nonprofit group. In addition, the firm might find it necessary or appropriate to consult with a medical professional on how to deal with an impaired lawyer and to consider options such an intervention, the draft opinion says.

The firm may also be able to work around or accommodate some situations of impairment, according to the draft opinion. “For example, the firm might be able to reduce the impaired lawyer’s workload, require supervision or monitoring, or remove the lawyer from time-sensitive projects. The impaired lawyer may not be capable of handling a jury trial but could serve in a supporting role performing research and drafting documents.”

The draft opinion considers a hypothetical involving a senior associate named Bill, who is impaired by cocaine and alcohol. His supervisory lawyers are required to make reasonable efforts to ensure that Bill doesn’t engage in any further conduct that could violate ethics rules. However, there is no need to report Bill’s past conduct unless it raises a substantial question as to his honesty, trustworthiness, or fitness to practice law. If the firm takes action, and Bill is in recovery, “there is nothing to report to the bar,” the opinion says.

But if Bill’s condition raises a substantial question about his ability to comply with ethics rules, the firm should make reasonable efforts to protect clients, and may be required to remove Bill from cases and place him under strict supervision, the draft opinion says.

The opinion considers a second hypothetical involving a 60-year-old partner named George, who is exhibiting memory lapses, confusion and erratic behavior after experiencing a number of medical issues. A conversation should be held about his condition and he should be persuaded to seek evaluation and treatment, the draft opinion says.