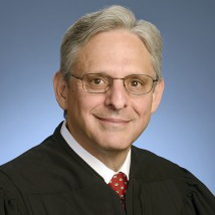 Judge Merrick Garland has been a federal appeals judge since 1997, but his long tenure may provide little grist for opponents of his Supreme Court nomination.

Garland, chief judge of the U.S. Court of Appeals for the D.C. Circuit, is considered a centrist. A White House press release describes him as “a meticulous jurist with a skill for building consensus, an approach that has earned him bipartisan support throughout his career.”

Garland “is essentially the model, neutral judge,” SCOTUSblog wrote in an analysis in 2010, when Garland was said to be on a short list to replace Justice John Paul Stevens. “He is acknowledged by all to be brilliant. His opinions avoid unnecessary, sweeping pronouncements.”

The New Yorker provides a recent example: Garland wrote an opinion upholding a ban on campaign contributions by federal contractors. The July 2015 decision was unanimous, though the case is about “the most hotly contested constitutional issue in the era of the Roberts court—the scope of First Amendment rights for people who want to contribute money to political campaigns,” the New Yorker reported. The case was Wagner v. Federal Election Commission.

Garland was probably able to get unanimous support because of the narrow decision that “squarely applied the law” established in the Supreme Court’s Citizens United decision, according to the article.

One of those cases involved Guantanamo detainees who sought to challenge their detention through habeas corpus. Garland joined a panel that found federal courts do not have jurisdiction to hear such claims. The U.S. Supreme Court reversed. SCOTUSblog says it is difficult to infer too much from Garland’s vote because the panel opinion may have been compelled by Supreme Court precedent then in effect.

In a different case, Garland wrote for a unanimous panel in Parhat v. Gates, which overturned a review tribunal’s classification of a detainee as an enemy combatant. Two Republican appointees were on the panel, and Garland supporters point to the opinion as an example of his ability to build consensus for progressive principles, according to the National Law Journal (sub. req.).

The 2010 SCOTUSblog article looked at Garland’s votes in cases involving “hot-button social issues.” He often voted against criminal defendants appealing their convictions. On First Amendment issues, he took “a broader view” of free-speech rights. In civil rights cases, when Garland participated in a divided ruling, he generally favored the plaintiff. In environmental cases, he accepted challenges by environmental groups and ruled for the Environmental Protection Agency in suits by industry.

A White House press release describes 63-year-old Garland as “a devoted family man.” In a video released by the White House, Garland talks about meeting his wife, Lynn, at a wedding rehearsal dinner, and their two daughters. He appears to fight tears—as he did during the press conference announcing his nomination—as he says his mother will likely cry as she watches him on TV, and his father would have been very proud.

In the press conference, Obama stressed Garland’s humble beginnings growing up in Illinois. His mother was a PTA volunteer and his father ran a small business from his basement. While putting himself through Harvard Law School, Garland worked as a tutor and a clerk stocking shelves in a shoe store. He even sold his comic book collection to raise money.

After law school, Garland clerked for Judge Henry Friendly of the New York-based 2nd U.S. Circuit Court of Appeals and for U.S. Supreme Court Justice William Brennan. He rose to partnership at Arnold & Porter, then left to become a federal prosecutor. He went on to the U.S. Justice Department, where he supervised the prosecution of Oklahoma City bomber Timothy McVeigh and the Unabomber, Ted Kaczynski.

At the press conference, Garland said his mother instilled in him the importance of public service and his father stressed the importance of hard work and fair dealing. “Fidelity to the Constitution and the law has been the cornerstone of my professional life, and it is the hallmark of the kind of judge I have tried to be for the past 18 years,” Garland said.