Why was Texas Roadhouse sued for age discrimination? Restaurant sues EEOC for the answer 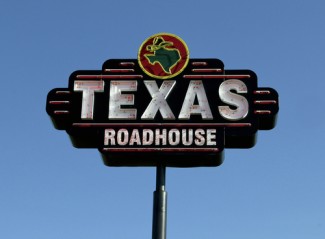 The Texas Roadhouse restaurant chain has sued the Equal Employment Opportunity Commission in a quest to learn why the agency sued for alleged age discrimination and how much tax money has been spent pursuing the case.

The suit claims a right to the information, along with the EEOC’s media statements about the case, under the Freedom of Information Act, according to a press release, the National Law Journal and Louisville Business First.

The EEOC sued Texas Roadhouse in 2011, alleging that only 1.9 percent of the company’s “front of the house” employees such as hosts, bartenders and servers were above age 40. When the EEOC first filed suit, it did not name any victims.

Texas Roadhouse is represented by Louisville lawyer Stephen Pence. He told Louisville Business First the EEOC began its investigation even though no one had complained. “Why Texas Roadhouse?” he said. “I am sure the EEOC does many good things, but this is not one of them.”

Pence says in the press release that employees in front-of-the-house positions have to wear jeans and T-shirts and may be required to line dance during their shifts. Most of the positions are primarily night and weekend jobs. “It is impossible to hire people that aren’t interested in the positions that Texas Roadhouse has to offer,” he said.