With some partners earning as much as $20M, older lawyers may consider retirement 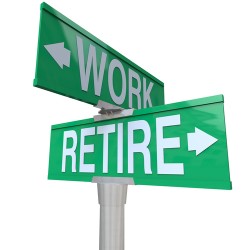 A surge in law firm profits may be spurring some law firm partners to consider retirement, according to Roy Strom, a columnist for Bloomberg Law's Big Law Business.

Some partners at large law firms are earning eight figures, according to the column published by Bloomberg Law. At Kirkland & Ellis, some partners earned $20 million last year, a former shareholder told Bloomberg Law earlier this year.

Profits per equity partner were below that level but still impressive at other law firms last year. At Latham & Watkins, the figure was $5.7 million. At Paul, Weiss, Rifkind, Wharton & Garrison, the number was nearly $6.2 million.

The American Lawyer is gathering figures on law firm profits. If profit growth registers at 20% for last year, the average partner in the nation’s top 100 law firms will have earned $2.68 million in 2021, Bloomberg Law previously reported.

“Will we see people opting out earlier?” asked Suzanne Kane, a San Francisco-based partner at recruiting firm Macrae Inc., in an interview with Bloomberg Law “I think we will. They’re saying they will.”

David Walden, a New York-based managing director at recruiting firm E.P. Dine Inc., told Bloomberg Law that a small subset of lawyers may be looking at retirement. He said growing profits are spurring another phenomenon: More partners are checking out the lateral market in search of better compensation.