With Kennedy off the Supreme Court, will Roe v. Wade be overturned? 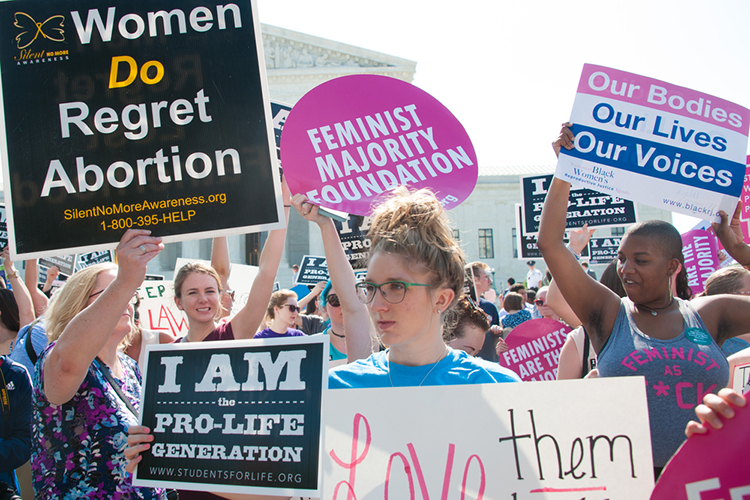 In his 30 years on the U.S. Supreme Court, Justice Anthony M. Kennedy affirmed a right to abortion even as he provided a swing vote on abortion issues.

Now that Kennedy is retiring, his successor could join with the Supreme Court’s other conservatives to jeopardize or chip away at the landmark abortion-rights decision Roe v. Wade, report the New York Times, NBC News and the Washington Post.

Florida State University law professor Mary Ziegler spoke with the New York Times about Kenendy’s impact. “Kennedy was the firewall for abortion rights for as long as he was there,” she told the Times.

“A decision overturning Roe is way more likely” after Kennedy’s retirement, Ziegler said. “A series of decisions hollowing out Roe without formally announcing that’s what’s going on is pretty likely, too.”

The Center for Reproductive Rights says that, if Roe were overturned, abortions could be banned in as many as 24 states.

Kennedy initially provided abortion opponents a reason for hope, SCOTUSblog reports. About a year after his confirmation, he joined with the majority to uphold a Missouri law that required doctors to conduct fetal viability tests before performing abortions on women who were at least 20 weeks’ pregnant.

But those hopes were dashed in the 1992 decision Planned Parenthood v. Casey. Kennedy joined two other justices in a controlling opinion that reaffirmed the right to abortion established in Roe v. Wade. The opinion established a less stringent test to evaluate laws that regulate abortions before viability: They cannot impose an “undue burden” on the right to abortion. Justice Clarence Thomas, on the other hand, joined a dissent that argued Roe was wrongly decided.

Two senators who could prove crucial in a vote on Kennedy’s replacement are part of the 51-Republican majority in the Senate. They are Susan Collins of Maine and Lisa Murkowski of Alaska; both support abortion rights.

Collins said in a statement that she views Roe v. Wade as settled law “and I always look for judges who respect precedent.” Murkowski said abortion rights would be one factor—but not the only factor—in her decision on a nominee.