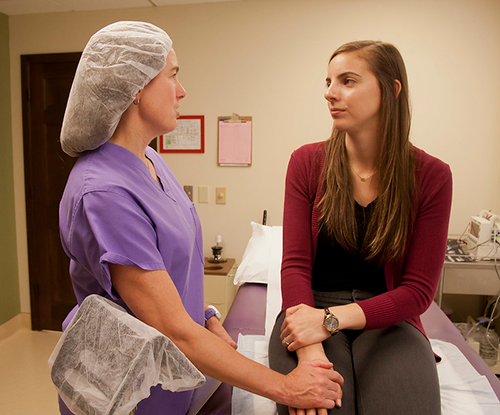 The ABA House of Delegates passed a resolution at the midyear meeting Monday that opposes the criminal prosecution of anyone who has an abortion or experiences a miscarriage or stillbirth.

In introducing Resolution 107A, Sara Ainsworth, a member of the Section of Civil Rights and Social Justice Women’s Committee, said that since Roe v. Wade was decided in 1973, hundreds of people have been criminalized for allegedly having a self-managed abortion, which occurs when a woman ends her own pregnancy using pills, herbal remedies or other methods. They have also been criminalized for other pregnancy outcomes, including miscarriage and stillbirth.

While existing ABA policy recognizes the constitutional right to abortion, Ainsworth contended that it does not reach this broader criminalization, which includes both women who have abortions and women who are not seeking to terminate their pregnancies. She shared the stories of several people whose lives were upended by unjust criminalization, including that of a teenager in Mississippi who was charged with murder after giving birth to a stillborn child in 2006.

It was alleged that the teenager used drugs during her pregnancy, Ainsworth said. But after the details of her case, including her name and photo, were widely publicized, a court dismissed the charges in 2014.

While most states do not criminalize individuals who have abortions, at least five—Arizona, Delaware, Nevada, Oklahoma and South Carolina—have bans on self-managed abortion, according to the report that accompanies the resolution. In addition, Ainsworth said fetal harm laws, drug laws and other archaic laws have been misused to target women for their pregnancy outcomes.

“It’s really important to understand that it doesn’t seem to matter what laws are on the books,” said Ainsworth, who serves as the senior legal and policy director at If/When/How, a nonprofit organization that focuses on reproductive justice. “People have been criminalized using a range of laws never intended to criminalize pregnant people.”

In recent years, the American Medical Association and other major medical associations recognized that the criminalization of people who self-manage their abortions may prevent them from seeking necessary medical care. More than 50 elected prosecutors joined these associations in their opposition in 2019, writing in a joint statement that they would not prosecute people for having or providing an abortion.

“Legal precedent, as established by the highest court in the land, has held for nearly 50 years that women have a right to make decisions about their own medical care, including, but not limited to, seeking an abortion,” the prosecutors said in their statement. “Enforcement of laws that criminalize health care decisions would shatter that precedent, impose untenable choices on victims and health care providers, and erode trust in the integrity of our justice system.”

Melissa Torres-Montoya, the lawyer engagement manager at If/When/How, also spoke in favor of the resolution. She urged the ABA, as the leading and oldest professional association of attorneys in the country, to join its colleagues in the medical profession in explicitly opposing “such dangerous and legally dubious prosecutions.”

“The legal profession has a responsibility to promote policies, laws and jurisprudence that ensure justice and eliminate racial disparities in the criminal legal system,” Torres-Montoya said. “Passage of this resolution is an important way for the ABA to stand up for the freedom to make decisions about our reproductive lives.”

Resolution 107A further urges jurisdictions to repeal and oppose laws that criminalize people for terminating a pregnancy and clarify that existing laws may also not be used to prosecute those who have an abortion, miscarriage or stillbirth.