Woody Allen made an 'unprovoked, gratuitous' attack on my character, ex-prosecutor claims

A former Connecticut prosecutor who decided not to prosecute Woody Allen in 1993 is expressing outrage over the filmmaker’s op-ed in the New York Times.

The prosecutor, former Litchfield State’s Attorney Frank Maco, wasn’t mentioned by name in Allen’s article, but he is unhappy all the same. The Danbury News-Times and Vanity Fair’s Hollywood have stories.

Allen’s op-ed, published over the weekend, denies he sexually abused his adopted daughter, Dylan, when she was 7 years old. Allen wrote the op-ed after Dylan, now 28, wrote a Times columnist saying that Hollywood had turned a blind eye to the abuse. 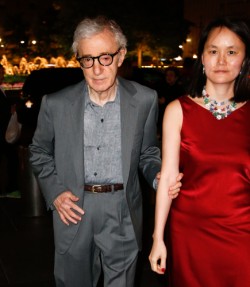 Woody Allen suggests in his op-ed that Dylan’s allegations were most likely the result of coaching by Mia Farrow amid their “terribly acrimonious breakup.” He refers to the findings of Child Sexual Abuse Clinic of the Yale-New Haven Hospital, which he says conducted a “meticulous investigation” and concluded Dylan was not sexually abused.

“This conclusion disappointed a number of people,” Allen wrote. “The district attorney was champing at the bit to prosecute a celebrity case, and Justice Elliott Wilk, the custody judge, wrote a very irresponsible opinion saying when it came to the molestation, ‘we will probably never know what occurred.’ ”

Maco takes issue with that characterization, according to the stories. “The attack upon my character was unprovoked, gratuitous, unwarranted and most importantly, unsupported by my history as a prosecutor,” Maco said in a statement. “My history as a prosecutor was completely opposite to the ‘headlines seeking’ prosecutor that Allen describes. Accordingly, in coming days I will consider the wisdom of seeking legal representation in order to further address Allen’s assault upon my character.”

Maco had said in a 1993 news conference that he believed there was probable cause to prosecute Allen, but he wasn’t going to pursue the case because of the traumatic impact it would have on the child, the News-Times says. Allen filed complaints with the group that appoints state prosecutors and the committee that investigates attorney misconduct, but no action was taken against Maco.