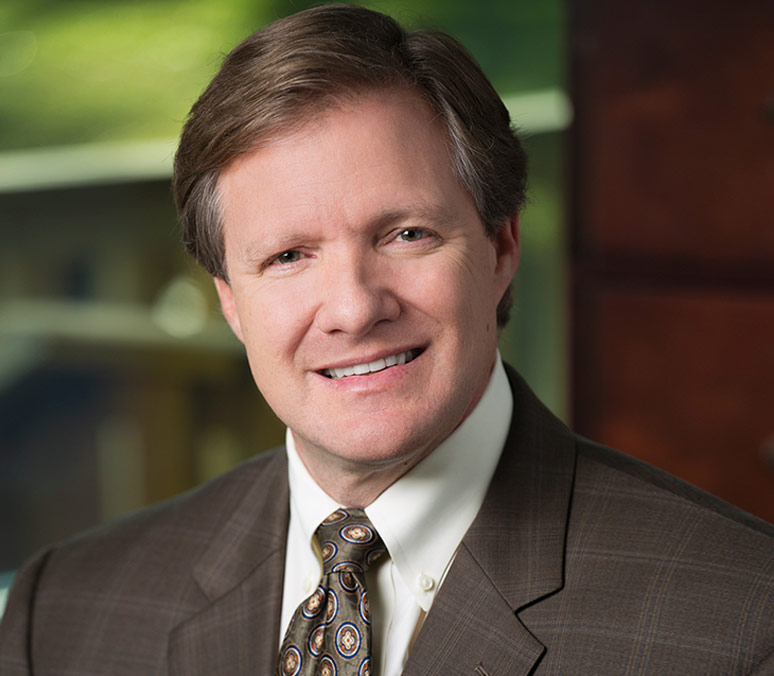 “Son, if you want to be a trial lawyer, you never give up acting.” Those were the words of advice given to me by legendary Alabama trial lawyer Frank Burge when I successfully interviewed for my first job right out of law school.

His stern tone stopped my crawfishing from my resume, which reflected a career as a professional actor with work on the The Young and the Restless and Santa Barbara as well as a master’s degree in performing arts from USC. My concerns that the acting background would be seen as a blemish and not as an asset faded to black, and I have since taken that advice to heart in the decades of successful trial work that have followed.

When acting, proper preparation is the key to a stellar performance. For every minute on the stage and screen, there are hours on script and character study, rehearsals, sets and costuming. As a student actor, that meant rehearsals till midnight and still getting up for the early morning classes. As a professional actor on soap operas, preparation meant working 12 hours a day on the set before being handed a script to prepare all evening for the next day’s multiple-episode shoot.

Being unprepared as an actor was a cardinal sin, particularly in soap operas. A retake due to an actor not making their mark or blowing a line costs significant crew time. If you make too many mistakes, the writers will soon be planning the early demise of your character. Precision matters. I still remember being chastised by a director on the set of Santa Barbara for missing my mark in a camera shot by 12 inches.

Though my role in the shot was minor, the scene had to be taken again from the top with everyone having to double the work because of my mistake. In short, to be a professional meant being prepared.

As a trial lawyer, the “over prepare” to perfection approach has significant benefits. Opening arguments and closing arguments are rehearsed and often videotaped and reviewed. As with any production, knowing the audience is key. Focus groups are key to lawyers, just as they are key to studio executives in refining and developing the product.

I strongly urge any major trial be developed using focus groups to hone and refine the issues. If you think you know what the case is about, but have not tested it with a focus group, you are probably wrong. Just like a film, the case is shown to focus groups and sent back for re-edits to generate the maximum impact in the minimum time.

Directors, just like lawyers, often find that the material they think is impactful and powerful has less impact and power when shown to the audience. Scenes that have been previously overlooked are brought into greater prominence. Nothing made it to final production until it had been tested first. This audience-centric approach works equally well in trial preparation. As lawyers, we are taught to think critically and at least in our own perception, intellectually.

This has its benefits in breaking down a case or writing a brief, but it often stands in the way of communication to an audience of less critical individuals. As a result, what we as lawyers think works with an audience, often does not. What we believe to be a brilliant argument, generates a puzzled, distracted look on the faces of our jurors. Testing these arguments in focus groups teaches us humility and gets us closer to the core of the emotional decision-making, which is far more convincing than the “brilliant” arguments we conjure up at our desks.

A good actor thrives on and triggers imagination. The voice and the body of the actor are molded by imagination into the voice and the body of the character portrayed. This in turn triggers the imagination of audience members, who perceive the actor as the character. One staple in acting training is improvisation drills where there is no script and dialogue, and action is dictated by the scene. Being able to fully commit to the imagined reality of the scene is critical to good improvisation. When it works, it is difficult to distinguish from scripted drama.

In acting, there is a constantly used phrase of “being in the moment.” Simply put, being in the moment is when there is no distinguishable difference between the imagination and reality. As a result of this repeated practice and training, I tend to think not in logical progressions of factual details but in visions and scenes.

Much like a movie unfolds, my cases are imagined and envisioned by a progression of places with dialogue and action. With this approach, client and witness interviews drill down where these scenes occur, who is speaking and what is said, putting the audience right there.

When you think of cases in terms of a progression of scenes, you are telling your client’s story more than presenting evidence. When the witnesses are emotionally committed to the scenes as they are told, the jury pays attention. When the jury sees that story unfold, they are much more likely to invest themselves in writing a just ending to the story when it comes to filling out the verdict form.

Actors spend hours with vocal coaches and dance teachers, developing their tools of the acting trade and focusing on the body and the voice as communication essentials. For decades, I have mentored law students and lawyers on the importance of the voice and body language in effective persuasion. You can be delivering the best written and most persuasive argument, but if your voice and your body are not telling the same story, you are losing.

A decade ago, while watching the presidential debates, the polling front-runner was making the better reasoned arguments. But when I looked at the candidate’s body language, the hands were folded just below the waist, conveying uncertainty and discomfort. The opponent’s hands were fluid, working in harmony with the points being made and the cadence and emphasis of the voice was supporting the arguments.

If you simply read the words on the paper, the front-runner made the better arguments, but in performance he/she was the clear loser because the body and the voice were not on board. The better performer went on to become the front-runner and won the presidency.

Trial lawyers must force themselves into critical analysis of what their bodies and voices are conveying. Videotaping yourself will reveal the “umm” and “uhh” delays and the weak parallel hand gestures, defensive postures and distracting shuffling that is defeating your persuasion.

When I left acting to pursue the law, the attention span of the audience was about the length of a sitcom—or 30 minutes. With the advent of social media, google searches and instant messaging, it is generously calculated at three minutes. Keeping it interesting is a challenge. I still remember the first lead I ever got in a play back in high school. Full of adolescence and nerves, I was struggling in my acting, and it showed.

I noticed the director kept adding props for me to use on stage and increasing the onstage activity. Finally, I asked why I was so busy with all the things in my hands, and he bluntly replied: “If you cannot act, we are going to hide it behind the props.” My acting improved; however, the point was well-made. Using technology, demonstrative boards and illustrations are essential to present cases before today’s jury; boredom is fatal. Keeping the attention of the jury demands all the skills and resources learned in acting.

Stop analyzing your cases as if they were law school exams with issues and evidence broken down into neat little boxes. That may be great in scoring the book in law school but does nothing to promote advocacy to a jury. Treat the case as though you were a writer/film director/actor.

This forces you to focus on the storyline, the characters, what is important, building dramatic tension and essentially how you are going to take the jury to the finale—the verdict.

A version of this column originally ran in the Legal Reader: “If You Want to Be a Trial Lawyer, Never Give Up Acting”.

James R. “Jamie” Holland is a trial lawyer based in Florida. He now uses his skills of persuasion in the courtroom and around the country, teaching other lawyers how to improve their communication with Trial Structure, a team of trial consultants dedicated to helping attorneys maximize their case value.