Unbroken: A call for psychiatric disability initiatives in the legal profession 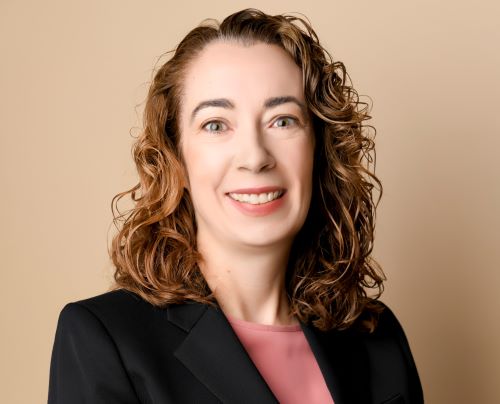 So many of us struggle in silence while striving for excellence, when only a helping hand and understanding—not only from family and friends but also from colleagues and those with leading positions in law firms—could guide our way to attain success as humans and as professionals.

Struggling with mental health issues, I had found myself at a deficit in BigLaw, always comparing myself to others who did not have the same limitations. I had two children under the age of 4 when I began my career, and I also struggled with the ramifications of coping with mental illness.

I knew, as a woman and as mother, I had to prove myself in BigLaw, even though I had graduated valedictorian in high school and college and with honors in law school. I found myself sleeping on the floor of my office on a yoga mat at times, just trying to keep up with unattainable billable hour aspirations. When I found my goals utterly impossible to meet, I eventually cycled out of private practice to an in-house position, covering up my true desire to develop as a transactional attorney and eventually make partner.

And then on a beautiful summer day in July of 2014, I finally became unbroken. I was sitting at a round table with a black Bible facing me, surrounded by a white mass of doctors, nurses and police officers. As the police walked me down the long hallway to a small room in the back of the hospital, I understood that my son had passed away.

When I finally heard the words, “Your husband forgot to take your son to day care, and he passed away in the backseat of your car,” my brain shut down. With my hands covering my mouth, I gasped and let out the words, “Oh God.”

What I did not known at the time was that my husband had experienced a momentary lapse of memory that morning, taking a wrong turn and driving straight to work; he only recognized his mistake when he later walked into day care to pick up our 15-month-old son, Benjamin, and realized he was not there.

When the doctors led me to my husband in the emergency room, I instinctively intertwined my body with his, repeating, “I love you. I love you,” for minutes on end.

In the years that followed, I would wonder what the calm had been that overcame me in those first moments, and why I reacted so instinctively when seeing my husband. It was because I finally understood the meaning of compassion and imperfection.

I had lived until that point completely broken, with only my husband by my side to love and shelter me. I was diagnosed with a depressive illness in my 20s, only months after getting married. I spent nights crying with my husband there to hold me through the night, telling him I just needed him to love me, all of me. Over the years, we dug our way out of the darkness, but it was a constant struggle.

In the wake of our tragedy, an intense investigation ensued, not only by the local police but also by the Connecticut Department of Children and Families. Even after the facts of that day were known—particularly, that I was not involved at all in our accident—I was still investigated in-depth.

The reason soon became clear: After our pediatrician told DCF that I had struggled with mental illness in the past, I had become suspect No. 1, despite the fact that I had been in remission for years, absent some bouts of postpartum depression, and submitted letters from my therapist and psychiatrist that I was coping and prioritizing my mental health, and they had no worries about my abilities as a mother to care for my children. I was immediately faced with the possibility of losing my basic freedoms as an individual, wife and mother. It clarified for me that discrimination and stigma around mental illness were still rampant in society.

I eventually came to grips with the fact that on the day of my son’s death, my husband had been utterly exhausted, taking over the night feedings and baby duty so I could sleep. In order to survive as an attorney during the postpartum period, I needed strong support from my husband.

During the most trying of days after Ben’s death, I found immediate support from the company where I practiced as an in-house attorney at the time, including those first touching texts and calls from the general counsel offering me support as well as months of leave to mourn, grieve and heal.

Through the years, I struggled to find my way through the tragedy and trauma, taking an extended time away from my career. I finally returned to practice as an in-house attorney, but shied away from the stress of BigLaw—where I truly wanted to be and where I felt I could find the challenges that would keep me intellectually fulfilled. I had lost my professional footing entirely.

One in 5 U.S. adults experience mental illness each year, according to the National Alliance on Mental Illness, but only 0.3% of associates and 0.3% of partners identify as has having disabilities in a 2016 benchmark survey, let along mental illness. It is clear the number of us living in silence is staggering.

It begs the question of how law firms can better support lawyers, not only as professionals, but also as imperfect and struggling humans. As attorneys, we are lucky enough to be part of a profession that embraces diversity in the workplace, strives to protect the rights of marginalized classes and minorities, and stands up for our most basic freedoms, though there is so much more work to be done. Stigma abounds.

Disabilities, which include psychiatric disabilities, are often excluded from diversity initiatives. Individuals, especially those in working professions, are held to unattainable standards of perfection. We are so often forced to deny a most basic truth: Humans are innately imperfect. We all struggle and need support to attain the highest version of ourselves, personally and professionally.

Firms can be more inclusive by fostering open discussions around these topics, allowing for requests for accommodations, including disabilities in diversity initiatives and valuing employees for having distinct worth as individuals, not just as the couriers of billable hours.

A firm that recognizes and values diverse lawyers can in turn bring unique value to its clients. As discussed in a 2016 ABA article, “Diversity in Law: Who Cares?”, “a diverse legal profession is more just, productive and intelligent because diversity, both cognitive and cultural, often leads to better questions, analyses, solutions and processes.”

Unique voices, thought processes and approaches to legal work often lead to creative solutions and more favorable outcomes for clients. As I work to catch up in my career after the detours I’ve faced, I am thankful for a supportive community of attorneys who have worked to ensure I can meet my goals in life.

Losing Ben has given me a voice, but the words I want to convey are not ones of grief and trauma, they are of hope. I took the long, twisted road toward forgiving myself for my own imperfections—putting myself back together.

It has taken me eight years to tell my story, to be comfortable in my own imperfect, broken skin, and only through honesty and affirmative actions can we all help others to live their fullest lives. Ben gave me a voice, and I urge others with a story to share in order to elicit change. It is more than speaking the truth to power, it involves speaking your truth to empower others to do that same.

Lindsey Rogers-Seitz is a private equity attorney at a leading international law firm. Outside the practice of law, she is a writer and advocate for mental health awareness and diversity in law firms. She lives with her husband and two daughters in Morrisville, North Carolina.