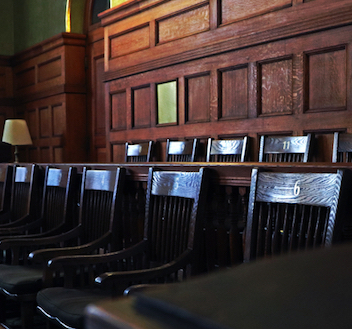 A federal appeals court has ruled that a local NAACP chapter and four Black plaintiffs have no standing to pursue a lawsuit alleging that a Mississippi prosecutor showed a pattern of racial bias during jury selection.

The 5th U.S. Circuit Court of Appeals at New Orleans ruled in a 2-1 decision June 16.

The defendant is Fifth Circuit District Attorney Doug Evans, who’s known for his six-time prosecution of Curtis Flowers for allegedly committing a 1996 quadruple murder at a furniture store in Winona, Mississippi.

Evans used peremptory challenges to exclude 41 out of 42 potential Black jurors in five of Flowers’ first six trials; racial information wasn’t available for one of the trials. The U.S. Supreme Court ruled in 2019 that Evans unconstitutionally excluded Black people from serving on the jury. Evans recused himself from the case in January 2020, and the Mississippi attorney general’s office dropped the case.

Two of Flowers’ six trials ended in hung juries. The other convictions were reversed either for racial discrimination or other prosecutorial misconduct.

The four individual plaintiffs were Black citizens eligible for jury service in Evans’ district. One of the four had been eliminated using a peremptory challenge in Flowers’ third murder trial, according to the suit.

The NAACP lawsuit had sought a declaratory judgment that the peremptory policy of Evans’ office violated the 14th Amendment rights of prospective jurors such as the four individual plaintiffs. The suit also sought a preliminary injunction preventing Evans’ office from striking Black jurors because of race.

Judge Leslie H. Southwick wrote the majority opinion for the 5th Circuit panel. The individual plaintiffs, Southwick said, had not demonstrated a substantial risk that they would be called for jury service, that Evans’ office would seek to remove them because of race, and that a trial judge would fail to block the peremptory strike.

The one plaintiff who was struck from the jury in the Flowers case had stated during voir dire that she could not vote for the death penalty, which is a valid reason for striking a juror, the 5th Circuit said.

Similarly, the Attala County NAACP can’t demonstrate that its members face an imminent threat that they will be struck from a jury unconstitutionally by Evans, Southwick said.

“We simply do not see a sufficient threat of a constitutional injury,” Southwick wrote.

Judge Gregg Costa dissented. He said “probability and precedent” show that there is a substantial risk that the plaintiffs will be called for jury duty, and that they face a systemic threat of being excluded from jury service.

Evans is seeking election as a judge, according to Reuters.

Hat tip to Law360 and the Daily Journal, which also had coverage of the decision, Attala County, Mississippi Branch of the NAACP v. Evans.