A few years after graduating from high school and college concurrently, 19-year-old preps for February bar 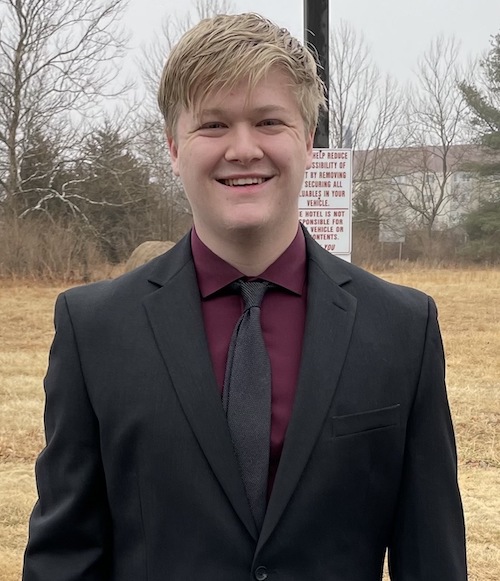 Braxton Moral isn’t sure what he wants to do after he passes the bar, and that’s OK. He’s only 19 years old.

In addition to being years younger than the vast majority of candidates sitting for the February 2022 bar, Moral is set to graduate from Kansas’ Washburn University School of Law in 2.5 years rather than the traditional three. He claims he didn’t do well during his first semester but started to get the hang of it by the second.

“Then I decided to take some summer courses to get my grades up,” says Moral, adding that he also took summer classes after his second year, which is why he will graduate in December 2021.

He’s modest about his accomplishments and says he’s prone to making silly mistakes, just like everyone else.

“The other day I poured a drink into a cup with a hole in it, so it’s not that big of a deal,” says Moral—who skipped the fourth grade and started taking Harvard Extension School courses in junior high—of Ulysses, Kansas. The town has approximately 5,712 people, 12% of whom have a bachelor’s degree or higher, according to U.S. Census data.

Moral’s parents found out about the Harvard extension courses through Duke University, which had a program that identified and provided educational opportunities to children who outpaced the education opportunities at their schools.

For high school, he had traditional in-person classes during the day as well as online Harvard extension courses. He attended the remote classes at high school, too, in a room set aside for online learners.

Completing college and high school homework concurrently was not difficult, Moral says, and the Harvard Extension School website was helpful for staying on track.

“I always checked the syllabus and made sure I had everything online. The classes were predictable, Monday through Thursday, and homework was always mentioned,” adds Moral, whose favorite college class was called “A Road to the White House.” He also enjoyed a class focused on the history of nuclear weapons.

“It helped me learn, having people who are at the front of their fields and can offer insight,” says Moral.

He never took any AP classes while in high school and graduated in 2019 with a 3.7 grade-point average. He was 17, and the experience gave him time with friends as well as opportunities to join the tennis, karate and academic bowl teams.

“When you’ve been talking smack about wanting to go to law school, it’s helpful that you learn how to communicate with people and be courteous,” Moral says when asked why he didn’t leave high school early and go straight to college. He finished his undergraduate degree with a 3.17 GPA around the same time he graduated from high school.

Next, Moral, who was still 17, enrolled at Washburn University School of Law. The school is six-hour drive from Ulysses, so he got to live by himself for the first time, in a townhouse near campus.

“It was interesting, I had a great time. I had so much freedom, and then COVID took it away,” says Moral, who moved back to his parents’ home in March 2020 and since then has been taking classes remotely.

“I appeared in a couple of traffic infraction cases and won two out of two cases,” he says, adding that he doesn’t know if the defendants were aware of his age.

“One defendant knew it was my first trial and joked about how he was there to get me started,” Moral says.