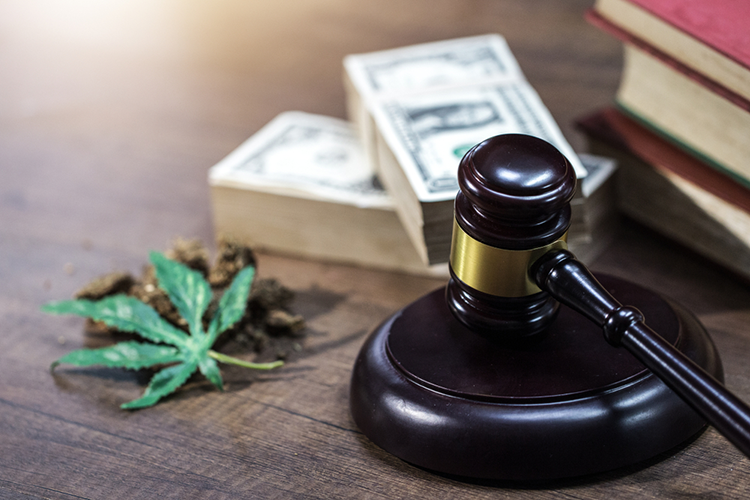 The ABA ventured into a complex legal field last week with what organizers say was its first national conference on cannabis and hemp law.

“I realized that we’re on the cutting edge with this program,” John McMeekin II, chair-elect of the ABA Tort Trial and Insurance Practice Section and a partner at Rawle & Henderson in Philadelphia, told the Chicago audience. “This seems to be the new internet dot-com boom that we all saw unfold and wish we had been a part of.”

The Sept. 19 and 20 TIPS conference, titled “From Regs to Riches: Navigating the Rapidly Emerging Fields of Cannabis & Hemp Law,” provided panel discussions on legislative and regulatory debates over cannabis, starting and expanding cannabis, and hemp businesses and ethical considerations for practicing cannabis lawyers.

It also touched on the global commoditization of cannabis and hemp, navigating federal intellectual property laws in light of state legalization, and the legal and business case for diversity in the cannabis and hemp industries.

“The cannabis industry and its legal needs touch on almost everything that a lawyer would study in law school,” said Drumke, a partner at Swanson, Martin & Bell in Chicago. “There is corporate law, there is banking law, there is tax law, products liability, insurance, real estate, government relations, environmental law, business litigation and disputes, and for the foreseeable future at the state level, it’s heavily regulated.”

Adrian Snead, the moderator of a panel on the ongoing legislative and regulatory debates over cannabis, reminded attorneys that while the industry is moving quickly, they should proceed with caution.

“Whenever you are counseling a client in this area or talking to anyone about it, it’s vitally important and your ethical duty to inform them that anything that they do with cannabis is illegal because it remains a Schedule I drug,” said Snead, an attorney at Whiteford, Taylor & Preston in Washington, D.C., and former counsel to Sen. Jeff Merkley, D-Oregon.

While cannabis remains illegal under federal law, industrial hemp was legalized as part of the 2018 Farm Bill. This also opens opportunities for lawyers, as the production of both hemp and cannabidiol, or CBD, which is derived from hemp, ramps up across the country.

Bob Morgan, a partner with Benesch in Chicago, also told attorneys that states are struggling with their approaches to the hemp industry, particularly since the federal government has been slow to issue regulations.

“We already have a whole variety of approaches with hemp and CBD, which is being sold everywhere,” said Morgan, the former statewide project coordinator for the State of Illinois Medical Cannabis Pilot Program. “Of the 99% of CBD we buy online, almost none of that is tested, and if it is tested, it’s not shared.

“That is a massive public health problem. To me, the biggest issue is, are we selling things filled with pesticides, heavy metals and contaminants?”

Drumke pointed out that since cannabis and hemp are products that will remain heavily regulated, there will always be lawyers involved in their business at all levels.

“The demand for legal services and the evolving nature of the law is huge and uncharted, and exciting,” Drumke said.

Click here for a link to the full conference agenda.