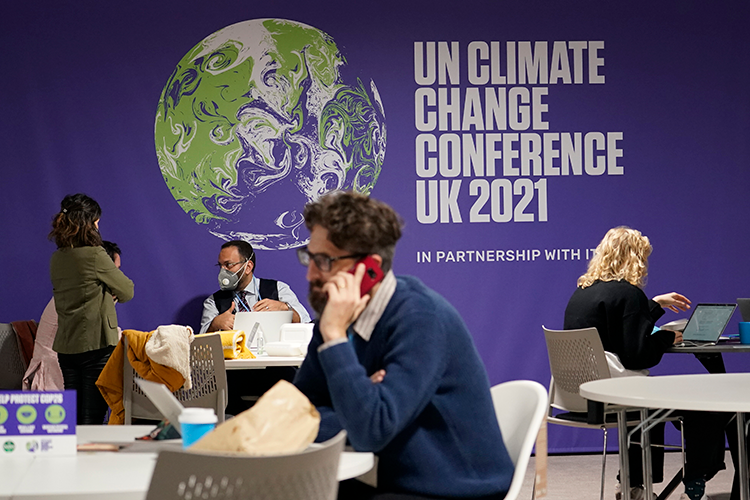 The 26th U.N. Climate Change Conference of the Parties was held in Glasgow, Scotland, from Oct. 31 to Nov. 13. (AP Photo/Alberto Pezzali)

Next week, ABA Section of Environment, Energy and Resources members who attended and observed COP26 in Glasgow, Scotland, will share their takeaways from the annual summit and ideas for how others can get involved.

Their debrief of the 26th U.N. Climate Change Conference of the Parties, which ran from Oct. 31 to Nov. 13 and convened world leaders, government representatives, negotiators, businesses and civil society groups, will be held Nov. 30. ABA members and non-members can register here for the free networking session, which is hosted by SEER’s Climate Change, Sustainable Development and Ecosystems Committee.

Christopher Carr, the chair of the committee, was one of the COP26 attendees. His committee worked closely with SEER’s Climate Task Force to help the ABA obtain observer status so its representatives could attend the summit.

The COP Bureau of the United Nations Framework Convention on Climate Change, along with COP26 host United Kingdom and its partner Italy, had postponed the 2020 summit because of the COVID-19 pandemic. In the months leading up to COP26, Carr says it was unknown whether the conference would continue as planned—or whether the ABA would be admitted as an observer organization. 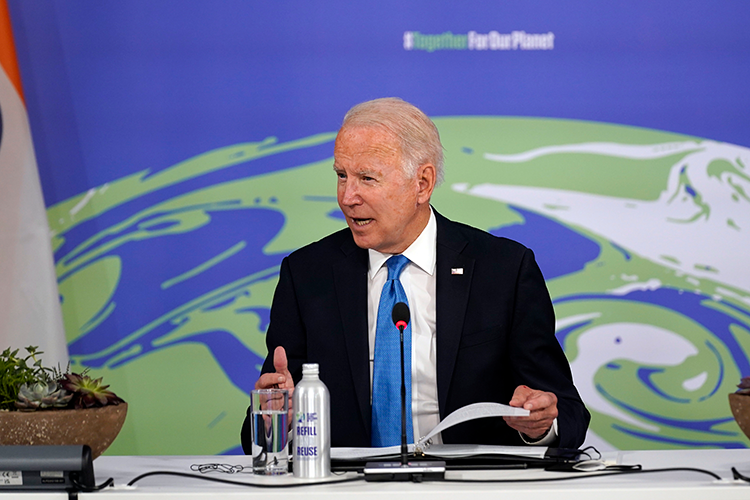 “It was a long effort involving navigating extensive bureaucracy,” says Carr, the president of C2E2 Strategies in Washington, D.C. “Due to the significant challenges of the UNFCCC trying to plan the COP amidst a global pandemic, there was some uncertainty regarding how the COP would come together. And our final accreditation status came very late—literally around when we were taking off.”

Tracy Hester, a co-chair of SEER’s Climate Task Force, also attended COP26. He notes that in August 2019, the ABA adopted Resolution 111, which among other things, urges government bodies and the private sector to address climate change and prompts the U.S. government to engage in international discussions under the UNFCCC and its progeny.

“The idea was to take Resolution 111 and turn it in action,” says Hester, an environmental law professor at the University of Houston Law Center and the co-director of the University of Houston Center for Carbon Management in Energy. “One of the key components of that was the bar supporting activity at the international level to promote action to deal with climate change.

“It was a good opportunity for us to reach out to other similar organizations to start building a platform for the next COP and look at ways to promote and solidify the role of lawyers and law in the discussions. To a certain extent, this is a long game.”

While at COP26, Carr and Hester met with members of several international bar associations. And although they also had the opportunity to attend some legal events amid the summit’s plenary sessions and other meetings, Hester says most of them were not at the convention campus.

“One thing we might want to think about as we look ahead to COP27 in Egypt is not only having greater participation by law organizations but also figuring out how to make law part of the DNA of the discussion,” says Hester, who adds that SEER hopes to encourage younger, more diverse members to join its team next year. 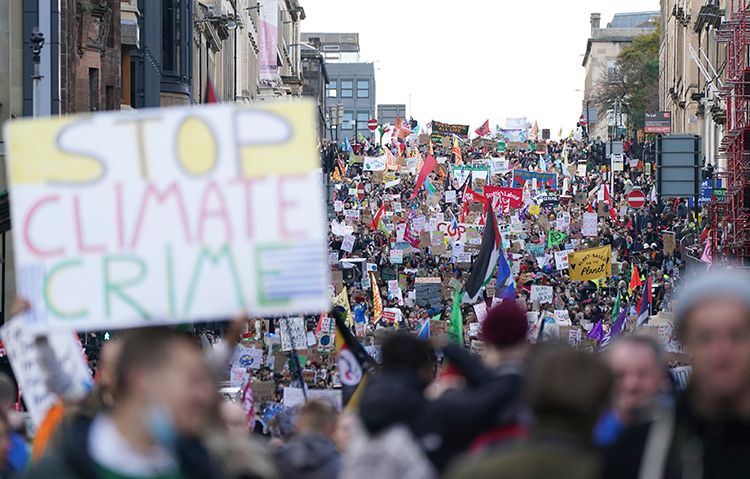 Climate activists held demonstrations and marches in the streets of Glasgow during the summit. (AP Photo/Jon Super)

Since COP26 ended earlier this month, there has been wide discussion on whether negotiations over a new climate deal were successful. Time, CNN and BBC News are among the media outlets that covered the summit, which resulted in its 197 parties adopting the Glasgow Climate Pact.

A key provision of the agreement is language that asks countries to come to COP27 with revised plans on how to reduce greenhouse gas emissions to help keep global average temperature rises below 1.5 degrees Celsius, CNN reports. Previously, as part of the Paris Agreement, an international treaty on climate change that was adopted at COP21 in 2015, countries were obligated to revise their goals by 2025.

“These are annual events and what needed to take place to address climate change issues, and what was absolutely essential to keep moving forward did occur.”

In addition to international negotiations, Carr says there were positive conversations between multinational businesses and nongovernmental organizations on how to find solutions to climate change.

For more information on the COP26 debrief session and other networking events, visit SEER’s website.