Andrea Gagliardi has various diagnosed disabilities, including major depressive disorder. She had hoped two recent neuropsychological evaluation reports, in addition to documentation from a neurologist, primary care physician and a nurse practitioner, would support her bar exam accommodation requests, which included double testing time and a paper test.

But that didn’t happen. The New York State Board of Law Examiners denied her accommodation requests for the 50-minute multiple-choice test known as the New York Law Exam, which is online, while the National Conference of Bar Examiners gave Gagliardi time and a half for the Multistate Professional Responsibility Examination.

Gagliardi, who also has a history of Lyme disease, took both exams in law school. She did not pass the New York Law Exam and has not yet retaken it. Her first MPRE score was not high enough for New York, but she passed on her second attempt.

Among Gagliardi’s accommodation requests for the MPRE was a private room. Her first request was denied, but one was available and she was allowed to use it for her second try.

The NYSLE did not respond to an ABA Journal interview request. Gagliardi shared three denial letters from the agency. The first, dated Aug. 6, 2021, states that relative to the “general population,” her access to tests without any accommodation is “at least average.”

“During the 2020 diagnostic testing, Ms. Gagliardi clearly worked extremely slowly on many tasks. This occurred both in the August and December testing. However, the evaluators do not appear to have adequately addressed the possibility that this slowness may have been due to either (a) a preferred test-taking style or (b) a desire to demonstrate a need for accommodations,” the letter states.

New York is a Uniform Bar Examination state, and the two-day exam starts July 26. Gagliardi has not appealed her accommodation denials. One attorney told her he didn’t have enough time to do it, and another said it would cost $600 for a consultation and $7,000 for full representation. Gagliardi, a 2022 Albany Law School graduate, says she has already spent more than $10,000 on testing in addition to application fees to take the tests multiple times in various jurisdictions.

According to law school disability resources coordinators interviewed by the ABA Journal, most bar examinees being denied accommodation requests have nonapparent disabilities, including ADHD, PTSD, depression and dyslexia. The requests often are denied due what the NCBE and boards of law examiners see as insufficient documentation and a history of strong or average achievement in testing and higher education, according to the coordinators who base their assessments on denial letters.

“That leads me to ask if NCBE wants to see academic failure in order to prove severity of disability,” says Heather Stout, the accessibility and wellness coordinator at St. Louis University School of Law.

There’s also a sense that accommodation requests are denied because the candidate does not have a recent neuropsychological evaluation report. But even with that, the requests still get denied, say some. Insurance usually doesn’t cover the evaluations, which cost between $1,500 and $2,500, according to Stout.

Also, some experts claim that if the NCBE denies an accommodation request for the MPRE, the jurisdiction will follow that lead for the state bar exam.

The NCBE told the ABA Journal in an email it did not know if that was true. The organization’s website includes a FAQ page about medical documentation for MPRE accommodation requests. It needs to be “sufficiently recent,” which the NCBE says is usually within the past five years. A complete educational, developmental and medical history relevant to the accommodation being sought is also required, as is a rationale for each accommodation requested.

According to the NCBE, it has granted “extra testing time” on the MPRE for thousands of individuals whose disabilities fall into a mental impairment category.

“In accordance with the ADA, we do so when the candidate has provided documentation that demonstrates a diagnosed impairment that substantially limits one or more major life activities that are relevant when taking a standardized test like the MPRE,” the organization told the Journal in an email.

The NCBE considers whether a bar candidate received extra testing time in law school, but that by itself is not enough for a determination. Also, the NCBE says it does not require a neuropsychological evaluation report for accommodation approvals.

“As you can appreciate, many candidates would like more testing time, but the MPRE is a standardized exam and it is important for us to evaluate requests in a way that is fair to all examinees,” the email states.

Lisa Noshay Petro, director of the University of California Hastings Law Disability Resource Center, has assisted students with disabilities for more than 18 years and says she has seen many applicants with nonapparent disabilities denied in whole or in part even with good documentation. She helps Hastings students with appeals and estimates there is an 80% success rate.

For the most part, the applicants she works with are seeking accommodations for the California bar.

“What’s good is that in the denial letter, they will quote the consultant they sent it out to. That’s so helpful because you know what their rationale is and how to address the deficiencies,” she says.

However, the process is unfair and may not comport with the ADA Amendments Act of 2008, according to Petro.

“If the state bar did it right the first time, you wouldn’t have to go through the pain of the appeal,” she explains.

The State Bar of California is “very interested” in feedback from applicants who requested or are in the process of requesting test accommodations, Amy Nuñez, who directs the agency’s office of admissions, said in a statement. A stakeholder forum to gather feedback about the process was held June 29. 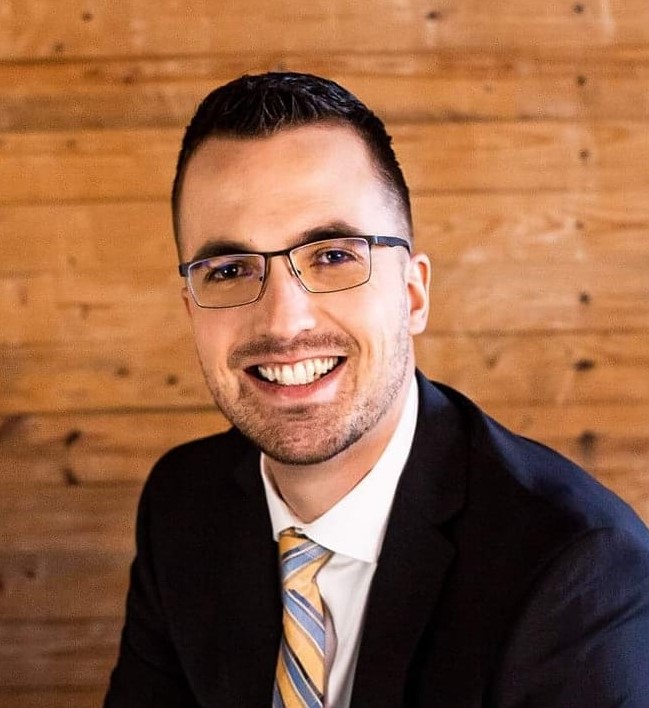 Matt Overcast, a U.S. Air Force veteran and a 2022 Mitchell Hamline School of Law graduate, has been diagnosed with ADHD, dyslexia and auditory processing challenges. He discovered the disabilities during his first year of law school, thanks to a legal writing teacher who had previously worked in elementary education.

In his accommodation request to the Missouri Board of Law Examiners, Overcast included documentation from the St. Louis Learning Disabilities Association and an ADHD diagnosis documented by a Veterans Health Care System doctor.

In January he asked the NCBE for double testing time, 10 minutes of stop-the-clock breaks and the use of a screen reader. The accommodation requests were denied in February, and Overcast paid a lawyer a $1,000 retainer to write an appeal letter.

“I took the time to fight the denial from the NCBE because I was worried the Missouri bar would piggyback off the NCBE decision,” says Overcast, the father of five young children.

On reconsideration, the NCBE granted Overcast 50% extended testing time and up to 15 minutes of stop-the-clock breaks, he says. He was denied the use of a screen reader, and Overcast claims the NCBE appeal process postponed his accommodation filing with the Missouri Board of Law Examiners.

The NCBE told the ABA Journal it could not comment on specific appeals. James Klahr, executive director of the MBLE, told the ABA Journal in an email that it cannot comment on individual applicants. He noted the organization’s website provides guidance for individuals seeking accommodations, and said the MBLE will “thoughtfully consider all relevant information” provided by applicants.

At this point, Overcast does not know if he will take the Missouri July bar with the accommodations offered or appeal and take the February bar. A big concern is not having access to a screen reader.

“I will likely need to postpone and appeal, but I am just not sure I have enough resources at this point since I have taken off work to study for the bar,” he says.