Black defendants make up more than 50% of exonerations since 1989, new report says 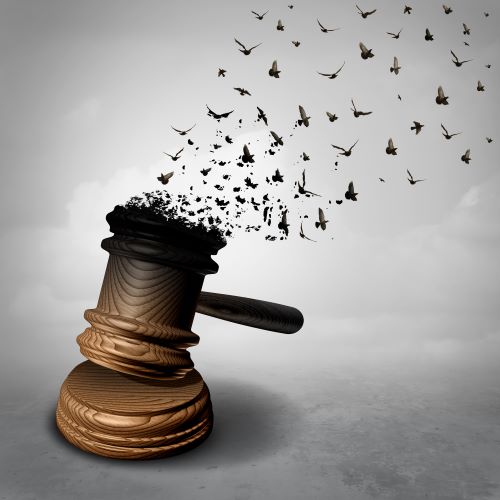 People who are Black comprise 13.6% of the population in the United States but 53% of exonerations from the past 33 years, according to a new report released Tuesday by the National Registry of Exonerations.

According to Race and Wrongful Convictions in the United States 2022, the National Registry of Exonerations has identified more than 3,200 defendants who were convicted of crimes but exonerated based on new evidence of innocence since 1989. The report shows Black people are overrepresented among exonerations for all serious crimes except white-collar crimes.

“What explains this stark racial disparity?” writes University of Michigan law professor emeritus Samuel Gross, the lead author of the report and senior editor of the registry. “We examine this question by looking at exonerations for murder, sexual assault and drug crimes, the three types of crime that produce the largest numbers of exonerations.

“What we see—as so often in considering the role of race in America—is complex and disturbing, familiar yet often ignored.”

In cases involving murder, innocent Black people are about seven-and-a-half times more likely to be convicted than innocent white people, according to the report.

In talking with the ABA Journal, Gross explains that defendants who are exonerated for murder have long been predominantly Black. However, he adds, a new trend involves efforts by prosecutor-led conviction integrity units to reexamine cases of defendants who were convicted of murder several decades ago.

“They have been exonerating an increasing number of Black defendants who were convicted in the ’80s and ’90s of murders they didn’t commit and whose convictions have basically been ignored,” Gross says. “As we start examining what was done in the last couple of decades of the 20th century, we could find more cases than I think anybody anticipated.”

Gross points to the high murder rate in the Black community as one cause of the larger proportion of Black defendants who are wrongfully convicted of murder.

“These are overwhelmingly intraracial killings, so when there is a killing of a Black person in a Black community, chances are very high that the person who did it was identified as another Black person, and that’s who police will be looking for,” he says.

Gross says this problem is exacerbated by a significant number of incidents of misconduct, racial bias and racism. As one example, the report shows that murder convictions that resulted in exonerations of Black defendants were almost 50% more likely to involve police misconduct, such as witness tampering and tainted identification procedures, than those of white defendants.

Race and Wrongful Convictions in the United States 2022 reveals in its examination of exonerations that innocent Black people are nearly eight times more likely to be wrongfully convicted of rape than white people.

Unlike murder, the report says, this statistic is out of line with the racial composition of people who are convicted for sexual assault. It cites data from 2014 showing that 22% of Americans who were found guilty of the crime were Black, while 44% were white.

Eyewitness identifications of Black people by white Americans are “notoriously unreliable” and a primary cause of convictions of innocent Black people in cross-racial rape cases, Gross says. According to the report, 52% of exonerees in sexual assault cases with white female victims are Black.

“Accusations of interracial rape was the leading cause of lynchings in the United States and the cause of riots and some massacres,” Gross says. “So the background is extremely fraught with racism and with horrific misconduct. Those horrors, I think, have stopped but the remnants of it are clear.”

Gross adds that the report shares some good news, highlighting the use of DNA testing in rape investigations and its effect on the number of cases in which people are falsely convicted. Exonerations of misidentified defendants are now far less common, with only two produced from convictions in rape cases in the past 12 years.

“That has been a technological solution that has not entirely eliminated the problem, because there are cases in which there is no biological evidence to test for DNA, but it has reduced it to a fragment of what it used to be,” he says.

The National Registry of Exonerations’ report also shows that 69% of exonerees in drug cases are Black and 16% are white.

That means Black defendants are about 19 times more likely than white defendants to be wrongfully convicted of these crimes, despite Black and white people using illegal drugs at similar rates, the report says.

“There is an especially nasty pattern of subjecting Black people to a much greater extent than white people to the risk of being wrongfully convicted of drug crimes that they didn’t commit because of mistakes in the system,” Gross says. “That is a consequence of racial profiling, which is still an essential part of what we call the war on drugs.”

Gross explains that a major difference between drug crimes and violent crimes is that most drug crimes are never reported. As a result, he says, police largely have discretion to search for and identify cases that lead to criminal prosecutions.

According to the report, which cites 2015 data from the U.S. Department of Justice, 33% of people who were in prison for drug crimes were Black, which is more than two times their proportion of the population and more than four times the rate of white people.

Race and Wrongful Convictions in the United States 2022 also includes information about 17 groups of innocent defendants who were falsely accused by police who planted drugs on them. The registry lists 259 exonerations of defendants who were convicted of fabricated drug crimes, and 87% of them are Black. 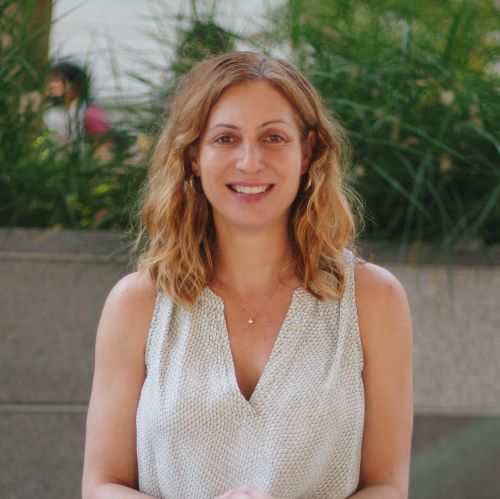 Lara Bazelon, a professor and the director of the Criminal & Juvenile Justice and Racial Justice Clinics at the University of San Francisco School of Law, describes these statistics as horrific, but not surprising.

“A lot of these cases involve white victims and cross-racial identifications,” says Bazelon, a member of the ABA Criminal Justice Section Council who has litigated wrongful conviction cases since 2012. “A lot of these cases involve a rush to solve the case and a valuing of upholding the conviction over exposing the truth. There are intersections with the economic circumstances of a lot of the people who are wrongfully convicted and an inability to have a competent lawyer defend them.

“But at the heart of it is a devaluing of Black lives,” she adds.

Bazelon has helped prepare resolutions that address racial bias in the system, including a measure the House of Delegates passed in 2017 that urged prosecutors to adopt conviction-integrity policies not to condition their support for a motion to vacate a defendant’s conviction on an Alford plea, guilty plea or no-contest plea.

The House of Delegates also adopted resolutions supporting legislation that creates procedures for individuals to challenge their convictions by demonstrating forensic evidence has been discredited by scientific advances and urging governments to protect the integrity of criminal proceedings, in part by holding individuals who tamper with victims and prosecution and defense witnesses accountable.

The National Registry of Exonerations was founded in 2012 in conjunction with the Center on Wrongful Convictions at Northwestern University Pritzker School of Law. It is a joint project of the Newkirk Center for Science & Society at the University of California at Irvine, University of Michigan Law School and Michigan State University College of Law.

For the full report, please visit the Race and Wrongful Convictions in the United States 2022 website.

ABAJournal.com: “Police and prosecutor misconduct contributed to over half of false-conviction cases, new study finds”