Fast track: A 4-time Olympian takes her luge experience to the classroom 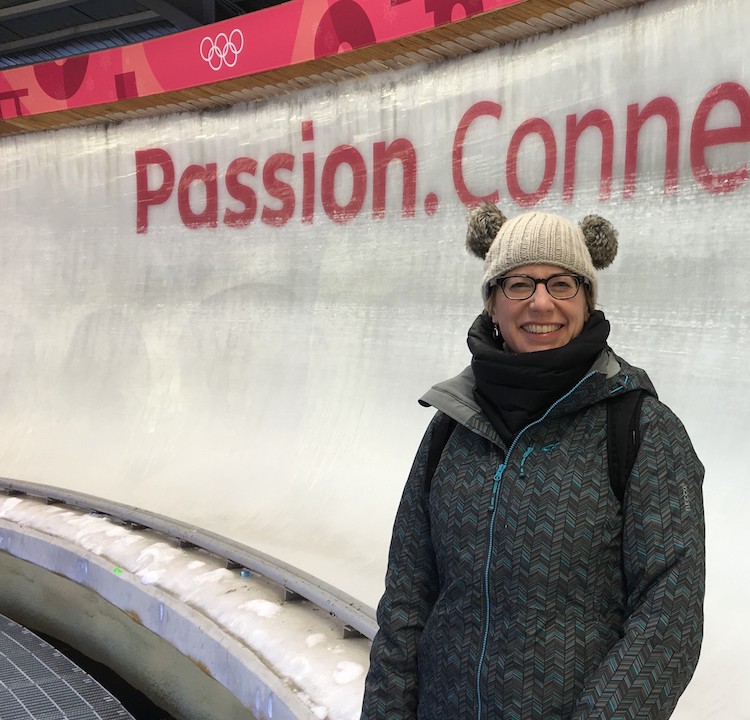 Fear and luge are not compatible. Cameron Myler—a four-time Olympian who spent countless hours lying on her back on a tiny sled, feet stretched out in front of her, hurtling down an icy track without brakes—would know.

“Luge is not a good sport if you are afraid,” she says. “On some tracks, the speeds get to more than 80 miles an hour. The fastest I’ve gone is about 87 from the men’s start on the track in Park City, so no, there was not really any fear.”

Myler brings this unique perspective and the experiences that followed her time on the track to New York University’s Tisch Institute for Global Sport, where she teaches sports law and governance classes to undergraduate and graduate students.

She worked as a litigator for 10 years and is now an arbitrator with the American Arbitration Association and Court of Arbitration for Sport, an independent international body based in Switzerland that settles sports-related disputes. She is an athlete ambassador for Kids Play International and Athlete Ally, two nonprofit organizations that use sport to promote gender equity and LGBTQ equality.

While Myler was still competing, she was elected to the U.S. Olympic Committee board of directors and was vice president for USA Luge. She was also appointed to the International Olympic Committee’s working group on culture strategy and provided feedback on the role that culture should play in the Olympic movement.

Vince Gennaro, the associate dean of the Tisch Institute for Global Sport, agrees that Myler’s background as an elite athlete, understanding of the sports industry, and legal training gives her an edge at the university.

“She is very passionate about what she’s doing; you can see it in her,” he says. “Her level of engagement is really high, and she really is all in for our students.” 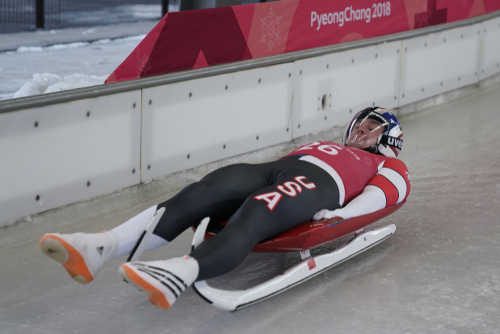 Myler grew up about an hour east of Lake Placid and went to her first Olympics when they were hosted by the upstate New York village in 1980. She wanted to see figure skating and hockey but also watched luge races while her parents volunteered at the track.

When Myler’s parents discovered there was a two-week luge camp afterward, they let her skip school to attend.

Myler won the Junior Olympics race for her age group when she was 11. She made the U.S. national team when she was 15 and became the youngest person to win a national championship at 16. She won six more times in her 14 years with the team.

She competed in her first Olympics in Calgary, Canada, in 1988.

“The moment you actually realize what all of it means is walking into the opening ceremonies,” Myler says. “I’m here representing my country. I’m one of the very best athletes in the world in this sport. It’s an honor, it’s exciting and it’s humbling.”

Her best finish at an Olympic Games was in 1992 in Albertville, France, where she came in fifth. One of her proudest moments came two years later when she was elected by her Olympic teammates to carry the American flag at the opening ceremonies in Lillehammer, Norway.

She fought to compete in that Olympics, overcoming a dislocated shoulder at the beginning of the season. She also made the difficult decision to travel to Norway even though her brother—who had competed in luge before she did—was dying of cancer.

“I was really torn, but he was like, ‘This is something you’ve been training for your whole life, so you’re going,’ ” Myler says. “He died right after the Olympics, so that Olympics for me was some great things and terrible things all at the same time.”

After her last Olympics in Nagano, Japan, in 1998, she was ready for a new challenge.

Lake Placid during the winter. Photo from Shutterstock.com.

Myler attended Dartmouth College while competing and graduated with a bachelor’s degree in geography in 1995. She met several lawyers through her work with the U.S. Olympic Committee who inspired her to pursue a career in law.

She started at Boston College Law School in 1998 and discovered an interest in intellectual property, since it often intersected with the sports industry.

Myler joined Milbank, Tweed, Hadley & McCloy in New York, where she worked for two years before moving to Frankfurt Kurnit Klein & Selz. In her first year with the New York media and entertainment firm, the U.S. Olympic Committee added her to its list of lawyers who assist athletes with disputes.

She represented Chryste Gaines, a sprinter and two-time Olympic medalist who was charged with anti-doping rule violations in connection with the federal investigation of the Bay Area Laboratory Co-Operative in 2002.

The U.S. Anti-Doping Agency sought to impose a lifetime ban on Gaines, but Myler helped limit the sanction to two years.

“On one hand, we felt really good about the outcome, that it was the best possible result given the circumstances,” she says. “But then, of course, I know what kind of impact that has on an athlete’s career.”

Myler left Frankfurt in 2011 and joined former Olympian and freestyle skier Tracy Evans on a trip to Rwanda with Evans’ nonprofit organization, Kids Play International. Its mission is to use sport to promote gender equity in communities that have been impacted by genocide.

She is now vice president of Kids Play International’s board of directors and has traveled two more times to Rwanda. She helped raise money to purchase a field in the town of Gatagara, which hosts community sports programming for children and their families five days per week.

The organization is also building a community center next to the field that can be used for indoor sports activities and study space.

“In Rwanda, things are evolving, but gender roles are fairly prescribed,” Myler says. “In our programs, kids get the opportunity to be on a sports field, on a team, working with each other, and seeing each other as equal teammates.” 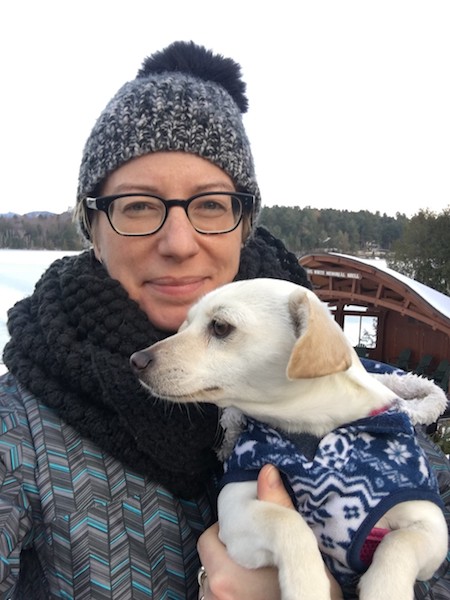 After Myler returned from her first trip to Rwanda, she was asked to teach international sports governance at New York University. She agreed, and a few days later, was asked to also teach sports law.

She is now a member of the full-time faculty, is faculty adviser for the Women in Sports student club and oversees the undergraduate internship class. She recently took 14 students to Tokyo, where, in addition to their classes, they saw a sumo demonstration, went to a baseball game, and met with the organizing committee for the 2020 Olympic Games.

In 2017, Myler became a faculty fellow in residence, which means that she and her chiweenie dog Flash live in an upper-class undergraduate residence hall with more than 900 students. She hosts programs for residents, including outings to Brooklyn Nets games and monthly pancakes for dinner events in her apartment.

“I love it,” she says. “I think it’s either something that people can envision themselves doing or they think, ‘Oh, my God, really?’ But it’s such a great way to have an understanding of what the student experience is like outside of the classroom.”

Myler joined the ABA as a young lawyer and is a co-vice-chair of the ABA Business Law Section’s Sports Law Committee.

In recent months, she was appointed to the Court of Arbitration for Sport’s new Anti-Doping Division, which will hear only first-instance doping cases. She also served with the CAS’ Anti-Doping Division at the 2018 Olympics in Pyeongchang, South Korea. A week before Myler left for Pyeongchang, she was asked to host an emergency hearing on an anti-doping issue over the phone and make a decision by 2 a.m. The U.S. Olympic Committee needed to name team members that day.

“We finished the hearing, and I remember exactly I had 49 minutes to decide whether someone was going to the Olympics or not,” she says. “Arbitration in the context of sport, it’s really important.”