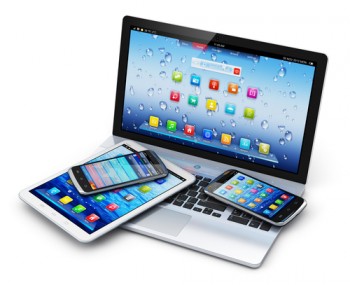 A federal appeals court has ruled that a district court has no power to order an examination of a juror’s electronic devices to determine whether an outside influence affected the verdict.

The 6th U.S. Circuit Court of Appeals at Cincinnati ruled Sept. 23 in an appeal by Alexander “P.G.” Sittenfeld, a former Cincinnati City Council member who was convicted of bribery and attempted extortion under color of official right.

Sittenfeld had sought a forensic examination of the electronic devices of “Juror X” after learning that she had discussed another juror in a Facebook post, and that commenters on her Facebook posts had mentioned the trial.

Juror X’s posts could be viewed only by her Facebook friends, one of whom was a court employee who told the trial judge about the posts. Juror X didn’t include facts about the case, didn’t name the defendant and didn’t discuss the proceedings.

But Juror X wrote that another juror “shouldn’t be on the jury because [she] hates anyone that shares the same profession as our person on trial. Not cool!!!”

One commenter identified Sittenfeld by name, spurring Juror X to hide the comment. Another linked to an article about the case published before trial. And another commenter posted their thoughts on jury nullification and jurors’ right to return a not guilty verdict if the law is unfair.

The judge ordered Juror X and the other juror she criticized, referred to as “Juror Y” in the opinion, to appear in chambers for questioning.

Courts have such Remmer hearings when a defendant alleges that outside information or contact had a negative influence on the jury. The name is based on Remmer v. United States, a 1954 U.S. Supreme Court decision on the issue.

In her testimony, Juror Y “repeatedly and emphatically” denied hating politicians and said she had no bias against the defendant.

When the jury coordinator told Juror X about the judge’s order, Juror X said she had already deleted the Facebook posts and comments. Sittenfeld’s lawyer then moved for a forensic examination of the juror’s electronic devices.

The judge denied the motion, and the 6th Circuit affirmed in an opinion by Judge Alice M. Batchelder.

If a judge suspects that juror misconduct constitutes a crime, that is a matter for a prosecutor to investigate, the appeals court said.

“The court has no power to conduct a criminal inquisition,” Batchelder wrote.

Judge Julia Smith Gibbons, a concurring judge, agreed with the result but said the majority opinion was written too broadly.

“I would refrain from broad statements of law that purport to limit the discretion of a district court in further cases with differing circumstances,” Gibbons wrote.