Do courts lack info about medication-assisted treatment as an option for defendants with opioid addiction?

Judges aren’t doctors, and they shouldn’t make decisions on whether medication-assisted treatment is appropriate for defendants addicted to opioids, says Timothy Young, the public defender for Ohio.

But some do, he adds, and whether a defendant can be on probation or in drug court while receiving medication-assisted treatment can differ by judge, including those in the same jurisdiction.

“There’s a massive amount of judicial discretion, and as a result there is a huge discrepancy in the treatment process,” Young says.

Some judges prefer certain prescription medicines to treat opioid addiction, he adds, while others want people in a 12-step program that’s centered on sobriety.

Among its recommendations is that for those people who need medication-based treatment (consisting of cognitive therapy, blood testing and prescription medicine to ease withdrawal symptoms) for opioid addiction, the treatment should be a clinically driven decision between the individual and their health care provider.

Additionally, the report found that courts lack education and access to “quality, evidence-based treatment” for opioid use disorder, and the stigma around opioid addiction is harmful to helping parties in criminal and civil courts.

“The scientific evidence is clear and broadly accepted: Opioid use disorder (OUD) is a treatable chronic brain disease. Further, the use of the three primary FDA-approved medications to treat OUD produces successful outcomes and saves lives,” the report states. “Unfortunately, the majority of people with OUD in the United States receive no treatment at all. Courts are often not aware of medication-based treatment, and only 36% of approved treatment facilities offer at least one of the FDA-approved medications.” 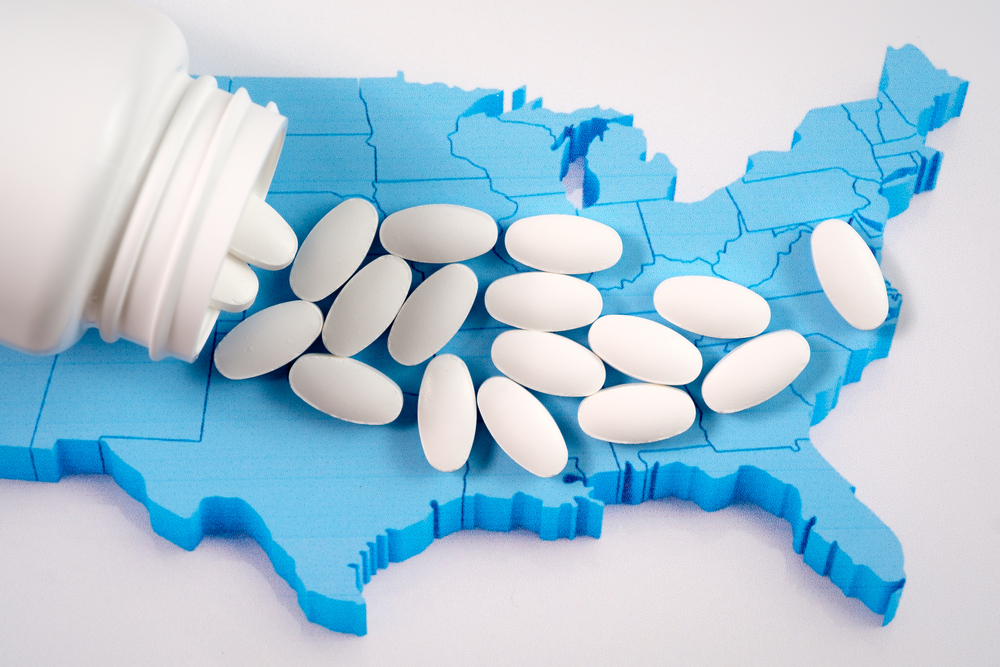 “We would have judges say ‘I don’t like Suboxone,’ or ‘I’m OK with shots,’ or ‘I’m a Vivitrol court.’ With the task force, we set up an education program, so now judges have a place to go for information,” says Loretta H. Rush, chief justice of the Indiana Supreme Court and co-chair of the task force, which is funded by the State Justice Institute, a nonprofit headquartered in Reston, Virginia.

People with opioid use disorder are 13 times more likely to be involved with the criminal justice system, according to the report, and the illness shows up in child neglect and removal cases, too. The report recommends using federal funds from the Family First Prevention Services Act to support court-appointed special advocates programs and appointing legal representation for all parties in dependency cases, at all stages, with costs covered by U.S. Children’s Bureau funds.

Other task force recommendations include allowing medication-based treatment for people who are incarcerated and developing opioid overdose response protocol for judges and justice system personnel.

Also, the task force offers courts a plan to measure outcomes for medication-based treatment, with benchmarks created by a physician and then vetted nationally by other physicians.

“We really need to understand the science of addiction and understand what works and what doesn’t. People in the court system are dying in huge numbers,” says Rush, who’s also a member of the Legal Services Corp.’s Opioid Task Force and spends a fair amount of time speaking with judges and law enforcement about opioid addiction.

“We’re trying to lessen the stigma. This doesn’t mean that people get a pass for criminal behavior, but you need to separate out the disease component,” she says. “When I train judges, I tell them, ‘If you have a litigant who says they have cancer and needs chemotherapy, would you tell them you don’t believe in chemotherapy?’ ”

People can be addicted to medication used to treat opioid addiction, like Suboxone, which is an opiate itself and is listed as a Schedule III drug under the Controlled Substances Act. According to Drugs.com, Suboxone “is used to treat narcotic (opiate) addiction. Suboxone is not for use as a pain medication.”

That sometimes figures in with judges’ decisions, says B. Scott West, the deputy public advocate in the Kentucky Department of Public Advocacy.

“People have tried to smuggle Suboxone strips into jails and prisons by having it sewn in their clothes or shoes. That’s what judges see, and sometimes they take a bright-line approach,” West says.

In Kentucky, he adds, drug court judges in the same jurisdiction may have different opinions about medication-assisted treatment, and judges in neighboring counties might also have contrasting views. So if someone with opioid addiction has multiple charges in different counties, they could have varying conditions for a treatment plan.

ABAJournal.com: “Opioid settlement money should be spent on treatment and services, ABA House of Delegates urges”

Updated Dec. 17 at 9:48 a.m. to remove a link and reference to Suboxone and include subsequent links to what Suboxone is.