The job of being a police officer comes with significant union protections. Work contracts often prevent municipalities from investigating internal discipline charges without affidavits, and it’s also common for the agreements to restrict access to officers’ employment files if they’re charged with a crime.

Additionally, police unions and municipalities have negotiated to throw out misconduct complaints after a certain time period. And if an officer shoots someone, the contract likely gives him or her what’s known as a “cooling off” period, which prevents management from questioning the individual and witnessing officers about the incident within a certain time period, usually 48 hours.

Also, some states give additional layers of protections for officers, with laws generally known as police officers’ bills of rights.

In fact, few, if any, unions have as much power in bargaining for discipline, internal investigation stipulations and conditions of employment as police do, say labor lawyers interviewed by the ABA Journal. And although complaints about police union contracts are not new, the criticisms have amplified since May, following the killing of George Floyd in Minneapolis.

Floyd, a 46-year-old Black man, was arrested May 25 after he was accused of buying cigarettes with a counterfeit $20 bill. He died in police custody after Derek Chauvin, a white police officer, allegedly held his knee on Floyd’s neck for 8 minutes and 46 seconds despite Floyd’s pleas that he could not breathe.

Following massive protests across the country amid COVID-19 quarantine restrictions, Chauvin, 44, was arrested and charged with second-degree murder days after Floyd’s death. The 19-year police veteran had had at least 17 misconduct complaints lodged against him, but his only discipline before Floyd’s death was two letters of reprimand, the New York Times reports.

Reuters in June analyzed Minneapolis Police Department officer complaints over the past eight years and found that 9 of 10 misconduct investigations were resolved without punishment or intervention with regard to behavior modification. Of 3,000 complaints during the time period examined, only five officers were fired.

Janeé Harteau, a former Minneapolis Police Department chief, told Reuters disciplinary decisions that get challenged and reversed via arbitration and union grievances made it difficult to have accountability in the department.

Taryn A. Merkl, a former assistant U.S. attorney in the Eastern District of New York, agrees such reversals can handcuff the effectiveness of police management. “When you include those sorts of checks on management authority, it can create a culture in the department where officers think management is adversarial to them, and whatever management decided to do was unfair,” says Merkl, who supervised human trafficking and criminal civil rights cases in the district, including cases involving police officers and prison officials.

Now a senior counsel in the Brennan Center’s Justice Program and Law Enforcement Leaders to Reduce Crime & Incarceration in New York, Merkl says union contracts that provide protections for internal investigations can interfere with the traditional approach of asking each witness for their independent recollection of what happened.

“Some of the agreements I’ve seen have stringent protections, which afford officers in disciplinary proceedings heightened procedural protections, such as notice requirements and a right to counsel,” she adds. 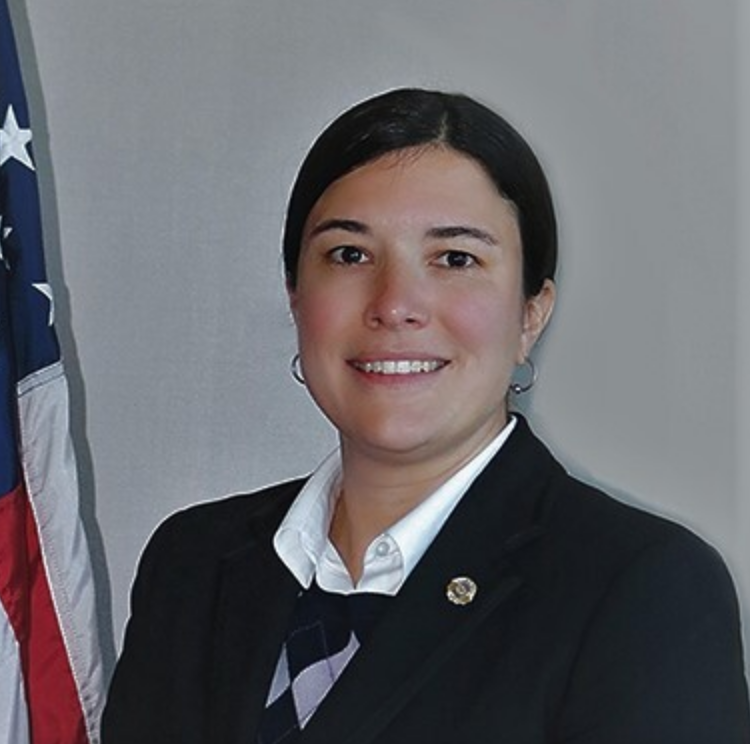 Alternatively, Holly E. Oliva-Van Horsten, general counsel of the International Union of Police Associations, AFL-CIO in Sarasota, Florida, says many terms for discipline and investigations in police contracts are fundamental due process rights. Even if municipalities complain about what’s in the contract, she adds, they still agreed to conditions as part of the collective bargaining process.

Also, some civilians have strong incentives to file false or misleading complaints against police officers, according to Oliva-Van Horsten, which is one reason some work contracts cover not considering or throwing out the reports out after a certain time period, or restricting who can see the documents.

In addition to police, some government lawyers have union protection, along with collective bargaining agreements that allow getting rid of complaints made against them after a certain time period, according to Oliva-Van Horsten.

Still, government lawyers tend to have significantly less political power than law enforcement. Collective bargaining for public employees is defined by statute, and if states wanted to, they could remove the ability to bargain over discipline and conditions of employment for law enforcement, says David Johnson, a partner with Franczek P.C. who previously served as the city of Chicago’s chief labor negotiator. Politically, that would be difficult, say lawyers interviewed by the ABA Journal.

“It’s different for police unions because they are a politically powerful constituency. I think it’s a historical legacy. Not just the war on crime, but a certain kind of law-and-order politics that has been dominating in the last 50 years. We’re still living with that legacy, all the way down to state and local levels,” says Ruben Garcia, co director of the University of Las Vegas Workplace Law program.

A labor law professor, he mentions the 2011 Wisconsin law that, for the most part, eliminated collective bargaining rights for government employees except police and firefighters. Known as Act 10, or the Scott Walker Budget Repair Bill, the law was proposed and signed into law by the former Republican governor, who was a short-lived 2016 presidential candidate.

Like in most states, politics has always been part of the police regiment in Wisconsin, says Franklyn Gimbel, a partner with Gimbel, Reilly, Guerin & Brown in Milwaukee, who served on the city’s police and fire commission, and has represented police officers accused of misconduct.

“[Police union officials} would go to all the fundraisers and stroke the politicians. In Wisconsin, at least in the metropolitan areas, they were always under the cover of Republicans because the Democrats were more oriented toward the minority communities,” says Gimbel. The union also worked with Wisconsin Democrats, he adds, and race has been a significant part of the issue. He mentions Harold Breier, who served as the Milwaukee chief of police from 1964 to 1984.

“He’d say, ‘I’m protecting the good people.’ That’s code for white people. He was saying, ‘I’m not going to let the Blacks come into your neighborhoods without confrontation,’ ” Gimbel adds.

But following the recent high-profile deaths of Black individuals in police custody, the country may be reaching a time when fewer white people believe all police officers have public protection as a top priority. 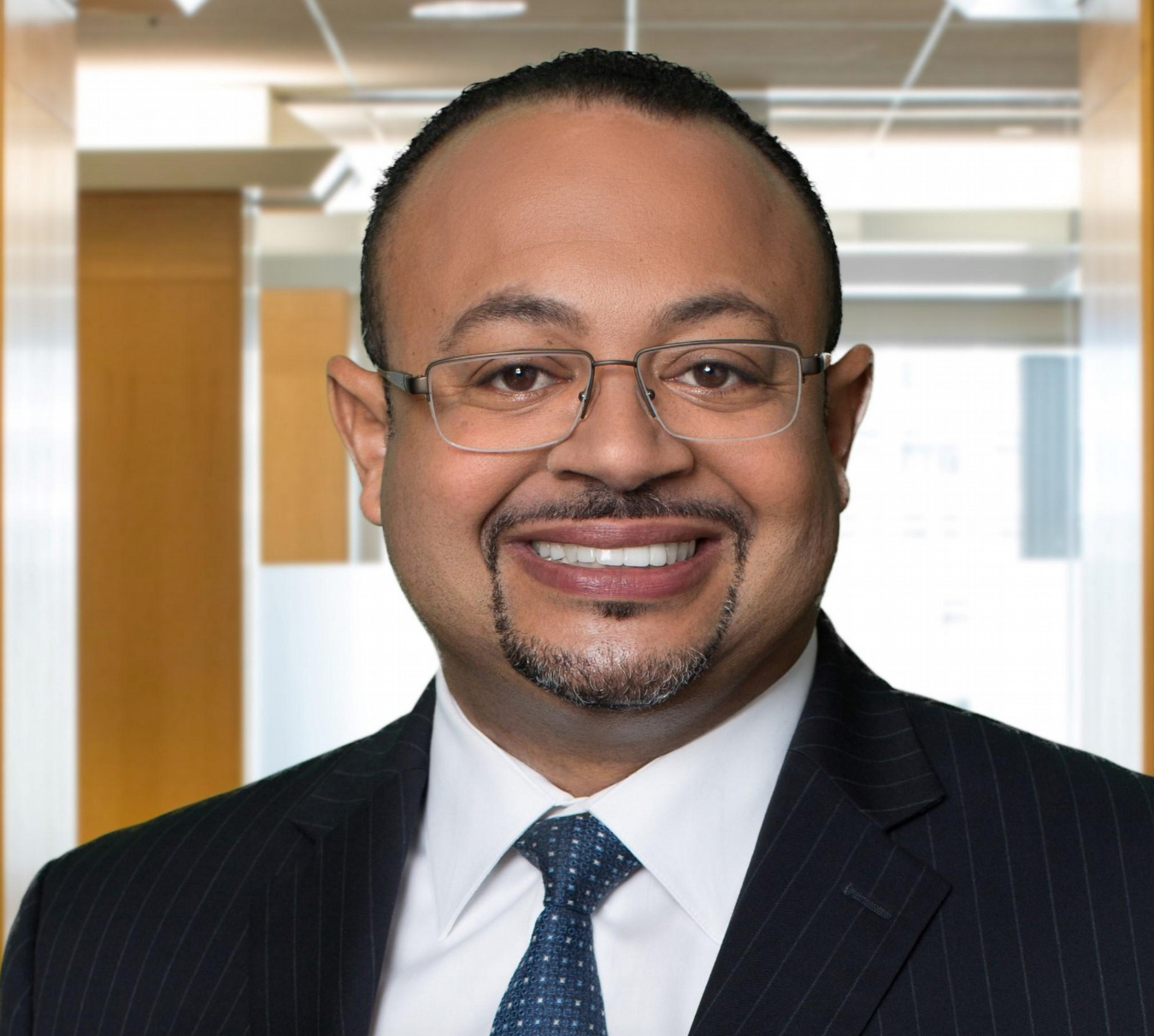 He mentions Graham v. Connor, the 1989 U.S. Supreme Court opinion that set rules for evaluating law enforcement excessive force claims. In an unanimous decision written by Chief Justice William H. Rehnquist, the court found use of force allegations should be looked at from an officer at the scene’s perspective and consider the severity of a crime, what sort of threat was posed by the suspect and if he or she attempted to resist or evade arrest.

“There’s an expression, ‘It’s better to be judged by 12 than carried by six. I don’t subscribe to it, and I think it’s an awful way of looking at it, but that’s part of it. And it’s why the tie goes to the runner way too many times,” Davis says.

“I honestly think that shrinking the police’s mission for what they are supposed to be doing in society is a big issue, because too many times we’re asking way too much of our police officers,” Davis says.

An example he gives is having social workers take on community tasks normally handled by police, like dealing with the homeless.

In terms of public perception, there’s now more resentment for all unions, not just police unions, and that comes from not just political conservatives but liberals, too, says Ahmed White, a University of Colorado Law School professor whose work focuses on labor law.

“There’s an active debate on what role unionism played in abetting police violence. There are some significant arguments on both sides, and I don’t know if that issue will ever be answered to anyone’s satisfaction,” he says.

And many people who do support unions subordinate that to their belief in police reform, White adds. Like Oliva-Van Horsten, White points out that if municipalities don’t like what’s in a union contract, they don’t have to agree to it.

“Touché,” Johnson responds. “You stand by the deal you made, and you have to take responsibility for what you agreed with.” For police reform to work, he adds, management and unions both need ownership in the changes.

“You want the rank and file to accept the reforms, and view them as legitimate. My sense is that you could give [management] the right to adopt reforms unilaterally—and I wouldn’t reject that as a management side attorney—but it would be much more difficult to get buy-in from the officers,” Johnson says.

He also wonders whether the Minneapolis city council will be successful in carrying out its decision to dismantle the police department there.

“You can assume that you probably could dismantle a department, but what are the rules for creating a new office? Are we going to hire a bunch of new officers? Can you change the terms of employment and rip up the collective bargaining agreement? If they’re recreating the police department, Minnesota state law would probably have a lot to say about that,” Johnson says.