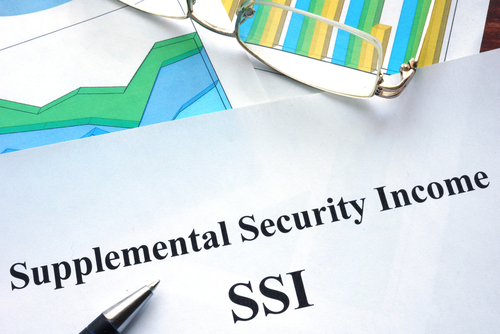 The Constitution gives Congress substantial discretion over how to structure federal tax and benefits programs for residents of the territories, Justice Brett Kavanaugh wrote in the majority opinion. Congress may extend Supplemental Security Income benefits to residents of Puerto Rico, but it doesn’t have to do so, he said.

The Supreme Court ruled in the case of José Luis Vaello-Madero, who received SSI benefits while living in New York. He moved to Puerto Rico in 2013 to care for his wife and continued receiving the benefits until 2016, when he was told that he wasn’t eligible for the money. The Social Security Administration sued Vaello-Madero to recover more than $28,000 that he received in benefits while in Puerto Rico.

Kavanaugh noted that Congress has not required residents of Puerto Rico to pay most federal income, gift, estate and excise taxes. But generally they do pay Social Security, Medicare and unemployment taxes.

On the benefits side, residents of Puerto Rico are eligible for Social Security, Medicare and federal unemployment. But they aren’t eligible for disability benefits under the Supplemental Security Income program.

Kavanaugh said Congress was exercising its authority under the territory clause, which says Congress may “make all needful rules and regulations respecting the territory … belonging to the United States.”

The differing tax status of Puerto Rico residents supplies a rational basis for distinguishing them from residents of the United States, Kavanaugh concluded.

In a concurrence, Justice Neil Gorsuch argued that the decision “only defers a long-overdue reckoning”—the need to overturn the “shameful” insular cases. Those cases, Gorsuch said, held “that the federal government could rule Puerto Rico and other territories largely without regard to the Constitution.”

“The insular cases can claim support in academic work of the period, ugly racial stereotypes and the theories of social Darwinists,” Gorsuch wrote. “But they have no home in our Constitution or its original understanding.”

Gorsuch said the Supreme Court over time has devised “a workaround” to avoid confronting the bad decisions by declaring more and more constitutional guarantees to be “fundamental” and thus applicable to the territories.

In the case before the court, Gorsuch said, the litigants worked from the premise that the equal protection clause is fundamental and applicable to Puerto Rico. The majority decision worked with that shared premise and found no equal protection violation.

As a result, the court avoided the need to overturn the insular cases today.

“But the time has come to recognize that the insular cases rest on a rotten foundation,” Gorsuch said. “And I hope the day comes soon when the court squarely overrules them.”

“In my view,” she wrote, “there is no rational basis for Congress to treat needy citizens living anywhere in the United States so differently from others. To hold otherwise, as the court does, is irrational and antithetical to the very nature of the SSI program and the equal protection of citizens guaranteed by the Constitution.”

The ABA had argued in an amicus brief that the benefits denial violated the equal protection clause.