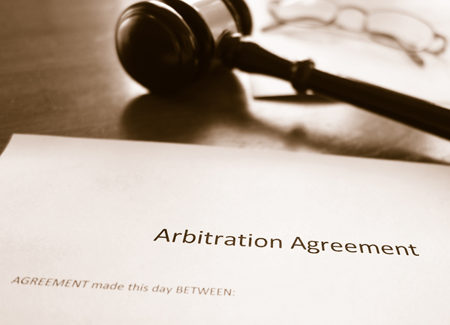 A federal judge in Boston has refused to dismiss a counterclaim alleging that Brown Rudnick overstaffed an arbitration case, causing it to “radically” outpace fee estimates.

U.S. District Judge Indira Talwani of the District of Massachussetts ruled against Brown Rudnick’s motion to dismiss the counterclaim in a May 31 opinion.

According to Talwani’s characterization of Christof’s allegations, Brown Rudnick’s monthly invoices “radically outpaced the fee estimate” made in a side letter and then exceeded a later estimate. Christof also claimed that the number of lawyers and legal professionals working on the case “quickly contravened the contractual terms” of an engagement letter, Talwani said.

The engagement letter had stated that two lawyers would have primary responsibility for the matter, while other lawyers and firm personnel would be added to the team only “to the extent necessary and appropriate.” By the time that the representation ended, 27 Brown Rudnick employees had worked on the team, the counterclaim alleged.

The counterclaim alleged that the number of Brown Rudnick employees working on the case contributed to inefficiencies because responsibilities were divided among many people, and no individual attorney had mastery of the case.

Brown Rudnick had billed $6.8 million by the time that its representation ended, which included hourly fees and a “success fee” of about more than $840,000, Talwani said.

FMT US was the prevailing party in the arbitration and sought to recover the full amount of fees charged by Brown Rudnick. But an arbitration panel found that the company was entitled to attorney fees of only $2.28 million.

The arbitration panel said FMT US’s recovery was not extraordinary, and competent construction counsel closer to the site of the dispute could have provided similar services at considerably lower rates.

The arbitration panel also said Brown Rudnick’s block billing made it difficult to evaluate “who did what and when or whether paralegals could have provided more assistance in certain areas or whether certain time should not be assessed to the nonprevailing party.”

The companies also alleged that Brown Rudnick failed to introduce key documents during the arbitration that would have allowed them to prevail on a claim alleging violation of the South Carolina Unfair Trade Practices Act.

Talwani refused to dismiss three claims: a malpractice claim related to the law firm’s alleged failure to introduce the documents; a promissory estoppel claim alleging that the companies were induced to retain Brown Rudnick as a result of promises not to exceed fee estimates; and a fraudulent inducement claim alleging that Brown Rudnick knew that its fees would exceed estimates, causing the companies to hire the law firm.

Talwani noted that she was required to accept the companies’ allegations as true for purposes of the motion to dismiss.

Hat tip to Law360 and Law.com, which covered Talwani’s opinion.