The Law Society of British Columbia has begun accepting applications for an “innovation sandbox” that will allow nontraditional legal services providers to test out new ways of serving legal consumers without fear of being accused of unauthorized practice of law.

The law society’s initiative comes several months after the Utah Supreme Court launched its own regulatory sandbox amid a growing movement in North America to open up the legal marketplace to nonlawyer financial interests and practitioners.

Much like Utah’s high court, the Law Society of British Columbia says the major impetus for their sandbox is a growing access-to-justice gap.

Roughly 85% of British Columbians who experience a serious legal problem either get inadequate legal help or are assisted by a nonlawyer, according to a 2020 Ipsos-Reid survey. Practice areas where there is great unmet legal need include employment, housing and debt, survey data indicates.

“The goal of the innovation sandbox is to develop effective legal service providers to address the legal needs of those BC citizens who do not get legal help or get it from someone other than a lawyer,” Vinnie Yuen, the law society’s communications officer, wrote in an email.

She also said the sandbox provides a structured environment for the piloting of legal services “while minimizing the risk to the public.”

Canadian legal regulators, much like their counterparts in the U.S., have for the most part historically resisted opening up the legal industry to nonlawyer ownership and investment in law firms. 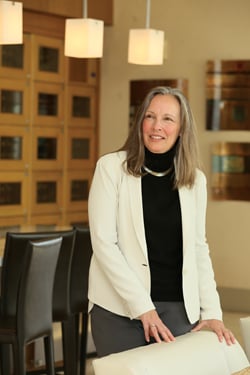 Gillian Hadfield, a University of Toronto law professor who played a key role in Utah’s development of a sandbox, said she was delighted to hear of the Law Society of British Columbia’s new sandbox initiative.

“To my mind, the key feature should be—and I see some evidence that it is—a focus on consumer protection and risks,” Hadfield wrote in an email. “We should be allowing innovations to go forward that provide benefits and only restricting where evidence (rather than long-standing beliefs) show that the risks outweigh the benefits and cannot be appropriately addressed.”

The Law Society of British Columbia’s Licensed Paralegal Task Force recommended a sandbox in a September report it released that mentioned the Utah approach. The society’s Futures Task Force also advocated in a September report for the use of regulatory sandboxes “to allow innovations, which may be illegal or unethical under current regulations, to be piloted and evaluated in a controlled environment.”

The law society’s executive committee will review qualifying sandbox proposals. Yuen says there is no set date for when the law society hopes individuals and entities will begin offering services through participation in the sandbox, but proposals will be reviewed as they are submitted.

“The innovation sandbox will eventually provide the basis for a formal structure for the recognition and regulation of alternate legal service providers, including paralegals, so they can provide legal services directly to the public in identified areas of need, either working with lawyers or independently,” she added.

Jordan Furlong, an Ottawa, Ontario-based legal market analyst and consultant, praises the Law Society of British Columbia’s leaders for taking an approach to the project that is not overly prescriptive regarding who can join the sandbox and what types of services accepted applicants can provide.

“If you go out and ask people what they want to do and offer to help them do it, it is going to be far more effective than trying to marshal your resources to do an exhaustive inventory of potential providers,” Furlong says.

He also is hopeful British Columbia’s initiative will inspire other provincial law societies to move in a similar direction in the years to come.

In that vein, the Law Society of Ontario is “exploring the development of a regulatory sandbox that would be focused on innovative technologically delivered legal services,” according to Will Morrison, the Ontario society’s strategic policy counsel. Asked whether entities featuring nonlawyer owners or investors would be permitted in the Ontario sandbox being contemplated, Morrison said that issue is under consideration.