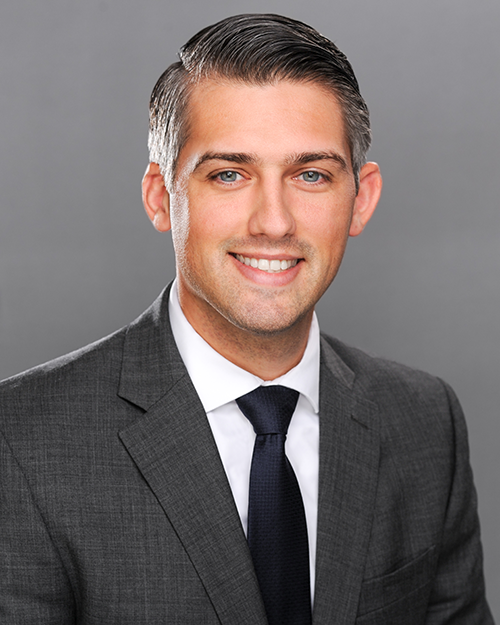 Frank Toub is a rising 3L at Belmont University College of Law.

A law student planning to enter his third career is the winner of the 2022 ABA Journal/Ross Writing Contest for Legal Short Fiction.

The winning author is 31-year-old Frank Toub, who is entering his third year at the Belmont University College of Law in Nashville, Tennessee. His short story, “Dope Fiend,” is his first stab at fiction writing.

Toub is a former project engineer and Army veteran who decided to go to law school on the GI Bill. “I always viewed attorneys as people who help others with really important problems in their life,” Toub says. He wants to do the same in his third career.

The central theme of Toub’s winning entry came from advice given to Toub’s wife, Alexandria, a data privacy and cybersecurity lawyer who works remotely for a Pennsylvania law firm.

Alexandria’s mentor told her: If you can do something for another that means a lot to that person, but it costs you little, you should do it every time.

One of the characters in Toub’s story acted on that same advice when she helped an alcoholic lawyer who was quick to label his client a dope fiend. Toub said he wanted to explore addiction “through the lens of an attorney who could clearly see his client’s issues but not see the issues in himself.”

Toub says many important people in his life have struggled with addiction, which left him with the notion that it’s easier to help others with their problems than it is to identify your own. Although Toub hasn’t previously tried any other fiction writing, he hopes to find time for it in the future. “It’s a creative outlet that you don’t necessarily have—at least in law school,” he says.

Toub says he jotted down ideas for his story that came to mind as he was in bed, between sleep and wakefulness. “It felt very cathartic and good to get those ideas out of me for once,” he says.

Toub already has career plans after graduation. He worked as a summer associate this year at Baker Donelson and has accepted a job offer from the law firm.

He has a full year ahead. He began working in a six-week internship for U.S. District Judge Eli Richardson after his summer associate job ended. And he will serve as submissions and transcripts editor at the Belmont Law Review during his 3L year.

This is the second year in a row that the winner of the writing contest is a law student at Belmont. The school holds a legal fiction workshop to help students hone their writing skills.

The ABA Journal Board of Editors selected the winner from finalists picked by ABA Journal editors and writers. The contest sought original fictional stories of no more than 5,000 words that illuminate the role of the law or lawyers in modern society. Entries were judged on creativity, plot exposition, legal insight and character development. “Dope Fiend” will be available to read on the ABA Journal website beginning the week of Thanksgiving.