Mary Ryan didn’t expect to see a “know your rights” presentation during dinner.

Ryan was in Texas in April as part of the ABA Commission on Immigration’s first organized pro bono trip to the southwest border. Though the trip was based in Harlingen, Texas, in the Rio Grande Valley, the volunteers and commission staff made the short trip to the nearby town of San Benito to bring dinner to La Posada, a migrant shelter. They stayed to eat and chat, and Ryan spoke to two Guatemalan families as well as a Russian and a woman from Africa.

But then word got out that the lawyers had come, and more residents arrived. Soon, it became an impromptu legal clinic.

“The desperation for legal advice, both in the detention center and at La Posada, was just striking,” says Ryan, an environmental litigator at Nutter McClennen & Fish in Boston.

Ryan was in the Southwest on the first of a new series of pro bono trips offered by the Commission on Immigration. Once a month, the trips take volunteer lawyers to South Texas or San Diego for a week to work on the legal claims of detained immigrants and do related humanitarian work. During her one-week trip, Ryan helped a man at the Port Isabel Detention Center apply for asylum—but she also visited the shelter, took food to an encampment of asylum=seekers just over the border in Mexico, bonded with her fellow volunteers and learned more about the difficult front end of the immigration process.

Ryan describes it as “eye-opening.”

“Obviously, the ABA has been aware of the needs. I mean, one of the major things we try to do is get people legal information,” she says. “But [it’s different] to understand and see firsthand how desperate people are to know what they can do.” 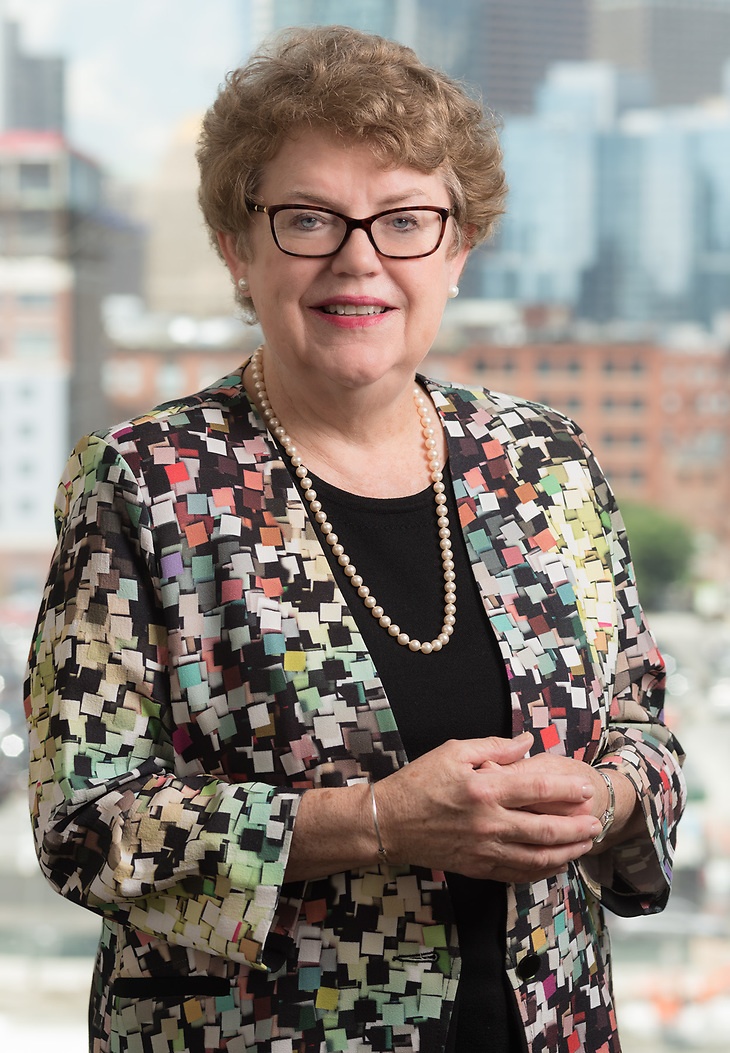 Ryan was not new to pro bono work. She’s a former chair of the ABA’s Standing Committee on Pro Bono and Public Service, and has served on her law firm’s pro bono committee for years.

That committee work led her to her first experience with immigration law. In 2001, Ryan supervised a newer associate at Nutter who took on an asylum case for a family that fled persecution in Algeria. When they won the case, the father collapsed into Ryan’s arms, weeping with relief.

“It’s just one of those moments in your career that you never forget,” she says. “Because it showed just how much this meant to the man and to his family.”

But Ryan didn’t do much more immigration work until 2014, when she was appointed to co-chair the ABA commission’s Working Group on Unaccompanied Minor Immigrants. That got her interested again, but when she started exploring pro bono opportunities, she encountered a problem: She doesn’t speak Spanish. Pro bono opportunities often require or strongly prefer people with Spanish-language skills, since that’s the language spoken by most new arrivals.

That was true for one of the pro bono opportunities the commission offers, working with unaccompanied minors through its South Texas Pro Bono Asylum Representation Project, or ProBAR, which handles cases of both minors and adults. So, Ryan says, commission executive director Meredith Linsky steered her toward another program: weeklong pro bono trips working with adult immigrants. Most trips, like Ryan’s, take volunteers to South Texas; two scheduled in 2019 are to San Diego, to work with the commission’s Immigration Justice Project.

Ryan was on the first of these trips, which launched in April. Jennie Kneedler, staff attorney to the commission, says the program was designed to accommodate volunteers who don’t speak Spanish, generally by balancing them with Spanish-speakers. Prior immigration law experience is also not required. Volunteers get a morning of training, plus mentoring all week from experienced immigration attorneys.

“Some of the basics are things that any competent lawyer knows how to do. You know how to interview a witness,” Ryan says. “And you’re going to have the best training and mentoring possible.”

Ryan, who will serve on the ccmmission in 2019-20, strongly encourages lawyers to consider it.

“It’s a hardship for many people to give up a week. But the payback is just absolutely great,” she says. “This was an extremely positive experience and satisfied an urge that I’ve had to go to the border and do something personally to help.”

Legally speaking, what Ryan did in Texas was fairly simple. After a Monday morning crash course on immigration law, the group traveled to Port Isabel to meet with immigrants who ProBAR believed could most benefit from a lawyer’s help. Ryan worked with a man in his mid-20s from El Salvador, helping prepare him for an asylum interview. Ryan was unable to represent him during the interview—something one of her fellow volunteers did during their trip—but she still prepared his asylum application as if he had been approved.

“When someone is released, you have no idea if they will ever be able to get a lawyer again to help them,” she says. “So we wanted to do as much as we possibly could for him.”

It’s difficult to pick out the most pressing legal need for people in immigration detention, in part because there are different avenues of relief in different circumstances. But Ryan says this is also partly because every stage is important. Asylum-seekers in expedited deportation, for example, must pass a screening interview to even start a case in immigration court, and the statistics on success for unrepresented people are grim.

Ryan had handled asylum cases before, but always at later stages of the case, after the client had been released to live with family and perhaps work. This was different in important ways, she says. Not only were there different legal issues involved at earlier stages of the case, but the difficulties and dangers of the journey north were much fresher to the clients. Once they arrive at the detention center, she says, they’re “essentially in prison.”

“It makes me feel more competent to represent people when I meet them here on the East Coast to know what they went through initially,” she says.

In addition, Ryan learned something that could be important in later stages of an asylum case: The government creates transcripts of asylum interviews. As a litigator, she knows how important this could be.

“You always want to know what your client has said previously,” she says. “Particularly if that information is available to the government.”

Ryan saw the journey from another angle when the volunteers joined a local humanitarian group, Team Brownsville, taking food and supplies to asylum-seekers camped out on the Mexican side of the border. They’re doing that because of Trump administration policies that limit the number of asylum-seekers admitted per day—but with no right to work in Mexico while they wait, some are homeless. Ryan says 50 to 75 people, including children, were living in tents pitched in a parking lot just over the bridge that connects Matamoros with the Texas city of Brownsville.

This was not an official part of the ABA pro bono trips—Kneedler says safety concerns prevented the second group of volunteers from going—but Ryan calls it “an extraordinary experience.” The campsite is surrounded by concrete jersey barriers, she says, and volunteers used those barriers to serve some of the food. Ryan came away feeling immensely respectful of and grateful for the volunteers at Team Brownsville.

“That’s an image that I will carry with me,” she says.

Another image Ryan isn’t likely to forget was the last of the trip. On the plane out from Harlingen at 5:30 a.m. that Saturday, she traveled with 20 to 30 immigrant children who were accompanied by adult minders, heading for sponsors or shelters further from the border.

“That’s always a heart-rending thing to see,” says Ryan, who couldn’t help thinking about her own nieces and nephews and their children.

Back in Boston, Ryan would already like to go back. Now that she has some experience with immigration law and its quirks, she says feels she can be more useful. But she also feels she’s more useful at home now because she can tell people about her experiences.

“Part of the whole point, I think, in the ABA making this opportunity available is so that people can talk about it to people who care what’s happening on the border but can’t go themselves,” Ryan says. “It will make you a better advocate.”

Updated July 24, 2019 at 3:30 p.m. CT to clarify that Mary Ryan is a co-chair of the Working Group on Unaccompanied Minor Immigrants and that she attended a “know your rights” presentation.