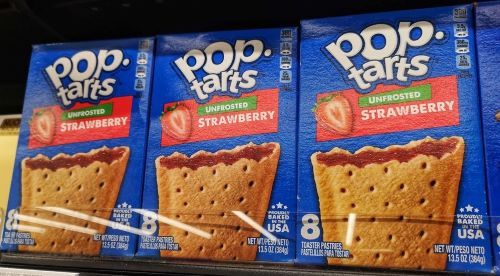 A federal judge in Chicago has tossed a lawsuit claiming that Kellogg deceived consumers about the filling in strawberry Pop-Tarts through packaging depicting oozing red filling and a half of a strawberry.

“No reasonable consumer could conclude that the filling contains a certain amount of strawberries based on the package’s images and its use of the term ‘strawberry,’ ” U.S. District Judge Marvin Aspen of the Northern District of Illinois ruled Tuesday.

The $5 million lawsuit had claimed that Kellogg violated Illinois consumer law through deceptive packaging that suggested that the Pop-Tarts filling contained only strawberries or more strawberries than it does. The filling in the unfrosted toaster pastry includes pears and apples, as well as strawberries, the suit had said.

Aspen said the packaging doesn’t suggest anything about the amount of strawberries in the filling or guarantee that the filling contains only strawberries. The plaintiff’s interpretation of the label “is unreasonable and unactionable,” Aspen wrote.

Hat tip to Reuters and Law360, which had coverage of the March 1 decision, Chiappetta v. Kellogg Sales Co.