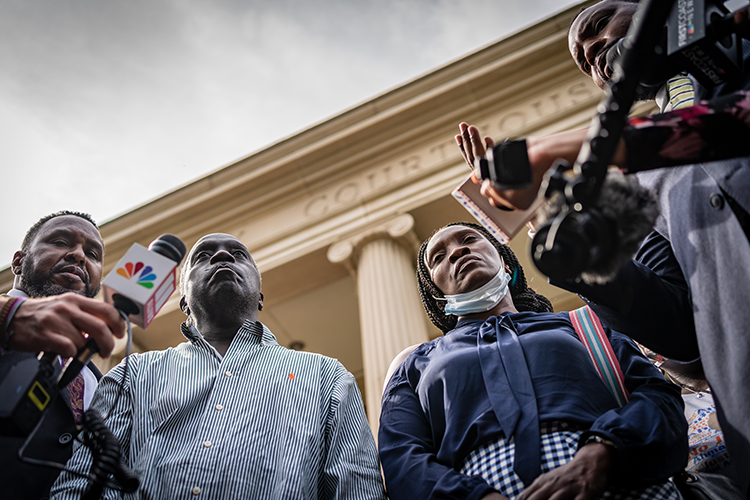 The horrific shooting death of African American jogger Ahmaud Arbery in Brunswick, Georgia, has inspired calls for social justice and prompted the passage of hate crime legislation for the first time in the state’s history. In addition to criminal charges against the three men, the case poses legal ethics questions raised by the conduct of the initial prosecutors in charge.

On Feb. 23, Arbery died after a confrontation with Gregory and Travis McMichael, a father and son who pursued him with guns, along with a third man, William Roddie Bryan. Reportedly, Travis McMichael shot Arbery during a struggle.

The McMichaels were not arrested at the time, allegedly because of instructions from Brunswick District Attorney Jackie Johnson, who has served in that role since 2010. The elder McMichael had worked as an investigator with the Brunswick district attorney’s office for many years, dating back to 1995. He retired in 2019.

Johnson did contact the Georgia attorney general’s office to state that she had a conflict, but only after four days had passed. And before doing so, she authorized neighboring District Attorney Paul Barnhill from the Waycross Judicial District to handle the matter.

According to Georgia State University law professor Clark D. Cunningham, Georgia law prohibited Johnson from handing off the matter to Barnhill on her own initiative. Furthermore, it was wrong of Johnson to later recommend to the attorney general that her transfer to Barnhill be confirmed without disclosing that one of Barnhill’s sons worked for Johnson.

As for Barnhill, Cunningham says he should have declined to take the case since his son was an assistant district attorney working for District Attorney Johnson. Even more troubling, Barnhill’s son had worked with Greg McMichael in a prosecution of Arbery when Arbery was in high school.

Barnhill did eventually disclose to the attorney general’s office that he had a disqualifying conflict of interest, but only on April 7, weeks after he was aware of his son’s relationship with both the suspect and the victim, and after he had provided a controversial written opinion to the Glynn Police Department, and the subsequent prosecutor, insisting there were no grounds to arrest the McMichaels. 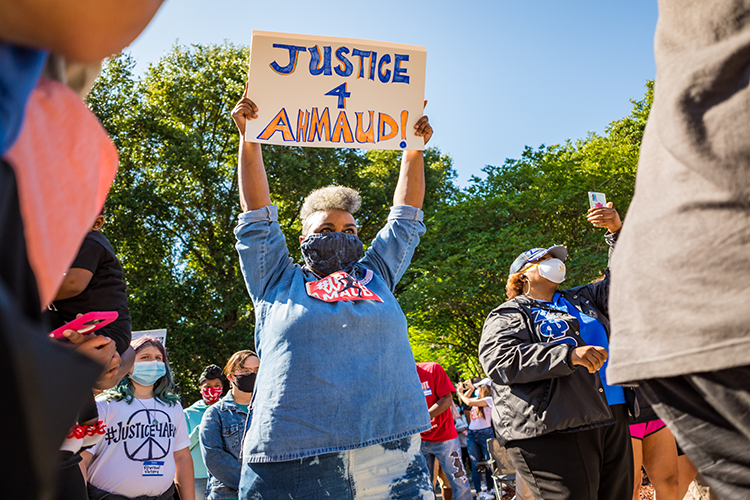 Protesters rally on May 8 at the Glynn County Courthouse in Brunswick, Georgia, following two arrests in the shooting death of Ahmaud Arbery. Photo by Michael Scott Milner / Shutterstock.com

“Prosecutors are held to a much higher standard than other lawyers and should recuse if they have a conflict of interest,” says David Hricik, who teaches professional responsibility at Mercer University School of Law.

Cunningham, who is the director of the National Institute for Teaching Ethics and Professionalism, says that Barnhill’s actions probably violated both Georgia Rule of Professional Conduct 1.7 prohibiting conflicts of interest and the National Prosecution Standards published by the National District Attorneys Association. He cited NDAA Standard 1-3.3(d), which provides: “The prosecutor should excuse himself or herself from any investigation, prosecution, or other matter where personal interests of the prosecutor would cause a fair-minded, objective observer to conclude that the prosecutor’s neutrality, judgment, or ability to administer the law in an objective manner may be compromised.”

After learning of Barnhill’s conflict, the Georgia attorney general appointed District Attorney Tom Durden of the Atlantic Judicial Circuit. On May 5, Durden asked for the Georgia Bureau of Investigation to examine the Arbery matter. On May 7, the GBI arrested the McMichaels. 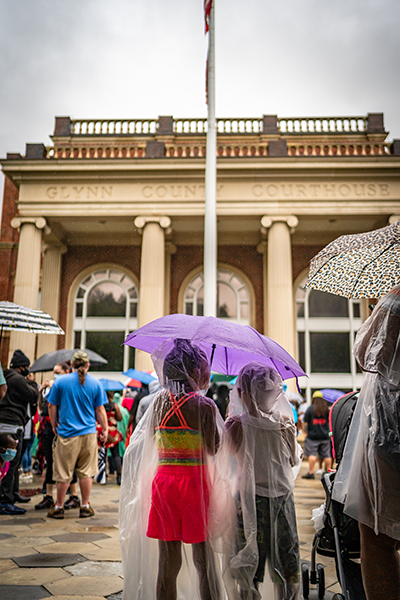 Crowds gathered outside the Glynn County Courthouse during the preliminary hearing for suspects in the shooting death of Ahmaud Arbery on June 4. Photo by Michael Scott Milner / Shutterstock.com.

Georgia Attorney General Christopher Carr has asked both the U.S. Department of Justice and the Georgia Bureau of Investigation to examine whether misconduct was committed by the district attorney offices of both the Brunswick Judicial Circuit and the Waycross Judicial Circuit.

“We are committed to a complete and transparent review of how the Ahmaud Arbery case was handled from the outset,” said Carr in a statement on May 10. “The family, the community and the state of Georgia deserve answers, and we will work with others in law enforcement at the state and federal level to find those answers.”

Meanwhile, on June 16, Robert Trammell, the minority leader of the Georgia House of Representatives, introduced as part of “Justice for All” package of 12 criminal reform bills House Bill 1214, a measure that would amend Georgia law to create a District Attorneys Oversight Commission. This proposal would give the commission “the power to discipline, remove and cause involuntary retirement of district attorneys.” The commission would consist of 10 members—seven on an investigative panel and three on a hearing panel. The bill failed to pass during the legislative session that ended on June 26, but could be taken up again when the Georgia legislature reconvenes next January.

“A DA oversight commission could have a significant effect in deterring, disclosing and remedying prosecutorial misconduct,” says Cunningham. “If Georgia creates this commission, it would, I believe, be the first of its kind in the nation.”