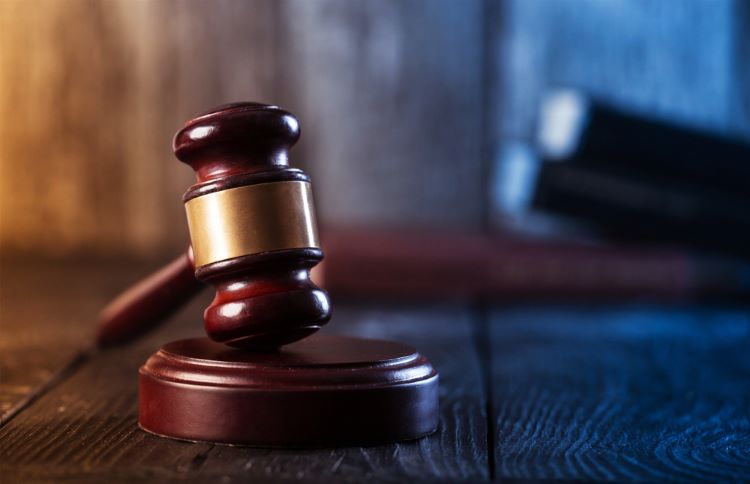 In 1852, just days before the U.S. Supreme Court announced its opinion in a case about the removal of a bridge over the Ohio River between Pennsylvania and Virginia, the New York Tribune published a scoop.

The newspaper said Justice John McLean would write for the majority in Pennsylvania v. Wheeling and Belmont Bridge Co. that the bridge could be removed because it interfered with interstate commerce. Ten days later, the Tribune was proved correct.

Congress passed a law preserving the bridge, but a windstorm destroyed it. The bridge company ignored an injunction and began rebuilding the bridge, until the case again came before the high court. The Tribune again had a scoop, this time that the federal statute would be upheld. Again, the newspaper was right.

Historians suspect the source of the leak was McLean, who also was believed to be the source for the Tribune’s running account of the court’s deliberations in the landmark Dred Scott v. Sandford case, holding that people of African descent, whether enslaved or free, were not U.S. citizens and therefore could not sue in federal court.

Those episodes exhibit that the leak this week of a draft majority opinion in a major abortion case is not as unparalleled as some commentators have suggested, University of Georgia media law professor Jonathan Peters says.

Supreme Court leaks are rare but not unprecedented, he says, citing some well-documented disclosures involving soon-to-be released opinions or books that pulled back the velvet curtain on the justices and their workplace, such as 1979’s The Brethren by reporters Bob Woodward and Scott Armstrong or 1998’s Closed Chambers by former Justice Harry A. Blackmun law clerk Edward Lazarus.

But the leak of a draft majority opinion in a pending case is “staggering,” Peters says via email. “It’s the most significant leak in the Supreme Court’s history, not only because of the draft’s release but also because of the current political moment (charged as it is) and the personal and social consequences of the decision itself.”

‘A betrayal of confidences’

The May 2 publication by the journal Politico of a draft majority opinion in Dobbs v. Jackson Women’s Health Organization has rocked the court and Washington, D.C. The opinion would overrule Roe v. Wade, the 1973 decision that established a constitutional right for a woman to terminate her pregnancy, as well as Planned Parenthood of Southeastern Pennsylvania v. Casey, which in 1992 reaffirmed the basic right to abortion while establishing a new standard for evaluating state laws restricting the procedure.

Politico reported that the draft overruling Roe had the support of the court’s five most conservative members: Justices Samuel Alito, who wrote the draft, as well as Justices Clarence Thomas, Neil Gorsuch, Brett Kavanaugh and Amy Coney Barrett.

“Roe was egregiously wrong from the start,” Alito writes in the draft dated Feb. 10. “Its reasoning was exceptionally weak, and the decision has had damaging consequences. And far from bringing about a national settlement of the abortion issue, Roe and Casey have enflamed debate and deepened division. It is time to heed the Constitution and return the issue of abortion to the people’s elected representatives.”

The Supreme Court issued a press release on May 3 saying the draft opinion was “authentic” but does not represent a final decision or final position of any member of the court. Chief Justice John Roberts Jr. said in a statement, “To the extent this betrayal of the confidences of the court was intended to undermine the integrity of our operations, it will not succeed. The work of the court will not be affected in any way.” He directed the marshal of the court, Gail A. Curley, to investigate.

Curley is in her first full term on the court, and her duties include supervision of the court’s own police force. She came to the court from the U.S. Army, where she was a colonel in charge of the National Security Law Division in the Office of the Judge Advocate General.

The leak prompted much speculation in Washington about key questions, including whether such a disclosure actually violated any law and whether the court’s own staff is experienced or equipped to handle such an investigation without the assistance of executive branch agencies such as the FBI.

“It would be very unusual the get the executive branch to come in and look at the inner workings of the court,” says Daniel Epps, a professor at Washington University School of Law who clerked for Justice Anthony Kennedy. “The court might be uncomfortable with that.”

Epps wondered whether investigators might go chamber by chamber.

“Are they going to interrogate the clerks?” he asks. “Maybe.” 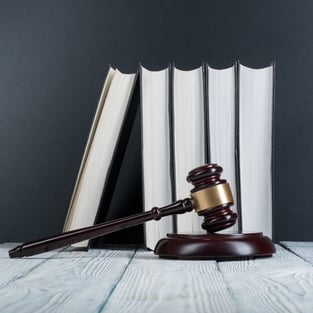 An abundance of theories on the identity of the leaker

Besides the question of who leaked the document, the other mystery is what the motive of the leaker was.

“It’s really unclear to me who gains from it,” says Epps, the co-host of the Divided Argument podcast about the court (with Will Baude of the University of Chicago Law School, who served as a clerk to Chief Justice Roberts).

“You can come up theories both ways, but they both seem unsatisfying,” Epps adds.

The “both” refers to the most-discussed speculation: That the leak was from the chambers of a liberal justice seeking to expose the major change in abortion rights forthcoming, or it was from the chambers of one of the conservative justices purported to be in the majority. The latter is based on the view that the leak would help keep any wobbly member of that majority from jumping ship.

There are any number of other theories floating around, generally without any shred of evidence. One theory suggests that the leak was the perfect deflection of the controversy surrounding Virginia Thomas, the wife of Justice Thomas, over her reported advancement of the idea that the 2020 presidential election was fraudulent. Others include that an information technology specialist or some other nonchambers staff member of the court leaked the document, or that it was the subject of an accidental disclosure. The Strict Scrutiny podcast tossed out the idea, at least somewhat tongue in cheek, that Justice Stephen G. Breyer had left his copy of the draft opinion on Washington’s subway system. (Breyer earlier this year did inadvertently disclose the outcome of an unreleased decision during oral argument in a separate case.)

Artemus Ward, a political science professor at Northern Illinois University and a scholar of the clubby world of the justices’ law clerks, suspects one or more of them might be responsible, though he acknowledges he did not have any hard evidence. “We’ve seen things like this in the past, and these clerks are powerful, elite people,” he says.

Besides the Wheeling Bridge and Dred Scott leaks, the Supreme Court in 1919 confronted a leak by a law clerk in a railroad case that benefited a group of Wall Street speculators. The clerk resigned and was later indicted. In 1973, Time magazine got a jump on the result in Roe after a law clerk to Justice Blackmun, the opinion’s author, had tipped off a Time reporter (and former law school acquaintance of the clerk). And in 1979, an ABC News correspondent who covered the court reported the outcome of two forthcoming decisions. Then-Chief Justice Warren E. Burger launched an investigation, and an employee of the U.S. Government Printing Office involved in typesetting court opinions was transferred to another division (though he denied being the source of the leak).

The leak is the latest headache for Roberts, who has been guiding the court through the pandemic that included a mini-controversy earlier this year over whether he had asked justices to wear masks in the courtroom. He has watched as a presidential commission and Congress debated ideas such as expanding the size of the court, eliminating life tenure for the justices, and adopting ethics and disclosure rules. And then there is a docket of explosive cases this term, such as the abortion case, and side controversies, such as Virginia Thomas’ political activities.

“I’m sure he is absolutely livid” over the leak, Epps says. “He really cares about how the court looks. He cares about decorum. I imagine he is as upset as anyone.”

Epps worries that this leak may lead to others of the same degree.

“Once you break a norm, and this is a pretty big breach of norms, they are more likely to get broken again,” he says. “It’s really hard to say this is good. A world where the drafts get leaked in real time is probably going to produce worse law.”