What will change when SCOTUS hears oral arguments by phone?

The U.S. Supreme Court has a message for the nation: Please listen carefully, as our telephone options have recently changed. The high court announced that it will hold arguments by telephone conference in 10 cases in early May because of the novel coronavirus.

It is a significant concession not only to the virus, which has kept the Supreme Court building closed to the public and altered other business as usual, but also to a growing chorus calling for greater access to oral arguments.

“Oral arguments are the one transparent part of the Supreme Court’s decision-making process,” says Tonja Jacobi, a research professor at Northwestern University’s Pritzker School of Law who has studied the high court’s arguments. “I think it is important that they are maintaining them.”

Across the country, as the deadly coronavirus has closed offices and required social-distancing measures, courts have turned to technology options such as audio and video conferencing, including on the popular video platform Zoom.

The Supreme Court, which has long resisted calls to permit cameras into its ornate courtroom to televise arguments, stopped short of adopting the use of video in the current circumstance.

“I would have thought it would be more natural for the justices to use a program like Zoom, but it didn’t surprise me they opted for something more basic,” says Jacobi. “The court has always been reluctant to have any sort of video argument.”

The court likely views any introduction of video for arguments as “the thin edge of the wedge,” she says. 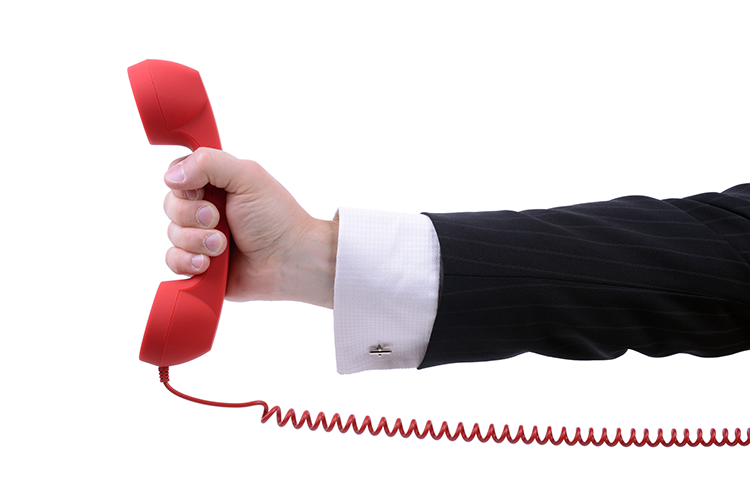 It is no surprise that the coronavirus crisis has affected the Supreme Court in multiple ways. While the court building remains open for official business, most staff members are teleworking, the court’s public information office says.

Chief Justice John G. Roberts Jr. has been the lone member of the court in the justices’ private conference room most Fridays as his colleagues have been phoning in to participate in the weekly private deliberations on cases and pending appeals.

All of the justices remain healthy, the court has said. Justice Ruth Bader Ginsburg, 87, has been holding her twice-weekly workouts with her trainer in a dedicated space near the court’s gym, and with no one else around. Ginsburg is continuing her workout because she and her doctors believe they are vital to her well-being, the court says.

Justice Stephen G. Breyer, 81, has decamped to Cambridge, Mass., where he and his wife, Joanna, still own a home from his days as a Harvard Law School professor and member of the 1st U.S. Circuit Court of Appeals at Boston.

Breyer shared his recipe for pot roast with The Wall Street Journal, and has spoken to students at a New York City private school via Zoom. One student asked whether any coronavirus-related issues might come before the court, such as the legality of stay-at-home orders.

In fact, coronavirus issues are trickling up to the court. Responding to an emergency application, the court ruled 5-4 on April 6 to toss an injunction that would have required Wisconsin to count absentee ballots postmarked after the state’s April 7 primary election date. The per curiam majority opinion prompted a sharp dissent by Ginsburg, joined by the court’s other liberal members, which suggested that coronavirus concerns were being given short shrift.

The Wisconsin case presented issues “of utmost importance—to the constitutional rights of Wisconsin’s citizens, the integrity of the state’s election process, and in this most extraordinary time, the health of the nation,” Ginsburg wrote in Republican National Committee v. Democratic National Committee.

Meanwhile, several states’ efforts to classify abortion as a non-essential service during the coronavirus crisis also appeared likely to reach the court, although one such emergency application from Texas was withdrawn on April 14 after a lower court required the continued availability of medication-induced abortions.

In another response to the coronavirus threat, the Supreme Court has relaxed some of its rules requiring paper case filings. Although the court launched a well-regarded electronic filing system a few years ago, paper briefs have remained the official filings. The justices like having the paper copies, which are in booklet form with different color-coded covers for petitioners, respondents, the U.S. solicitor general, and amicus briefs on either side.

An April 15 order eased the rules for some types of filings, such as requiring only one typewritten copy instead of 40 printed booklets for filings at the cert petition stage, and certain routine motions need not be filed on paper at all.

“This policy should be the new normal,” Josh Blackman, an associate professor at South Texas College of Law in Houston, wrote on The Volokh Conspiracy legal blog. “There is no reason to require litigants to jump through hoops to submit a cert petition that will almost certainly be denied.”

By far the biggest question looming over the court was how it would handle the 20 or so cases that were scheduled for argument in March and April but were initially postponed indefinitely.

The court chose 10 of those of those 20 for arguments in a two-week session that begins May 4, with the others put off until next term. Among the cases that will be argued are urgent matters such as those involving efforts by Congress and New York prosecutors to obtain President Donald J. Trump’s financial records from banks and his accounting firm. Also, the court will hear two cases about so-called faithless electors—whether states may punish those who cast votes in the Electoral College that go against the popular presidential vote in their states.

Other cases that made the cut for the May arguments include ones on whether much of Oklahoma is still an American Indian reservation, with implications for criminal justice and other matters in the state; whether religious schools are exempt from employment-discrimination laws with respect to lay teachers who have some religious duties; and whether the travel website Booking.com may trademark such a generic domain name.

Among the March and April cases that were put off until next term are a multi-billion dollar copyright fight between Google and Oracle America Inc., and an original jurisdiction case in the court between Texas and New Mexico over whether the River Master correctly allocated evaporation losses under the Pecos River Compact.

“I wish I could be a fly on the wall to understand why the court chose the cases it decided to hear in May,” says Barbara A. Smith, a partner in the St. Louis office of Bryan Cave Leighton Paisner.

Smith, a former law clerk to Justice Samuel A. Alito Jr., notes that the current term, chock full of blockbuster cases and now with the impact of the coronavirus, is giving law clerks an experience like few others.

“For the law clerks, it certainly seems to be an historic time to be behind the scenes,” says Smith, even if that means they are working from home more than in chambers for the rest of the term.

Sit or Stand and What to Wear?

With the court’s decision to hold telephone arguments, the handful of lawyers who will participate have much to mull and prepare for in the next few weeks.

Some have argued by phone before, either in state courts, federal district courts, or before three-judge federal appeals court panels. But doing it on the line with a nine-member court is a different matter, especially considering how active the justices usually are.

“One difference will be the inability to read the body language from the court,” says Ian Heath Gershengorn, a Jenner & Block partner who will argue May 11 for a criminal defendant in McGirt v. Oklahoma, the case involving the Indian reservation status of a large part of the state. “So much of being responsive to the justices’ questions is reading the non-verbal feedback. A big piece of that feedback is gone, and that will be tricky.”

Roman Martinez, a Latham & Watkins partner who will argue May 6 in Barr v. American Association of Political Consultants, a case about cellphone robocalls, has participated in telephone arguments in recent weeks in federal district court because of coronavirus concerns.

“It has given me a lot of confidence that this is something that courts can do,” he says. “It’s not ideal, but it’s possible to have a good, robust exchange.”

While some advocates arguing in Zoom video sessions have been chided for not observing normal dress codes or for inappropriate backgrounds, the telephone-only status of the upcoming Supreme Court arguments have prompted anxiety-inducing questions of their own.

First, should advocates stand up, as they would in court?

“Whether I’ll stand or sit, I think I will play around with that” in his moot courts, says Gershengorn, adding that those practice sessions will be conducted online.

And what to wear? Martinez says he may don a lucky sweater.

“I am perhaps not going to be as dressed up as I normally would be,” he says.

Gershengorn says he has received dress suggestions from colleagues that range from pajamas to the full morning coat and related attire he wore in court as a deputy U.S. solicitor general and acting solicitor general under President Barack Obama.