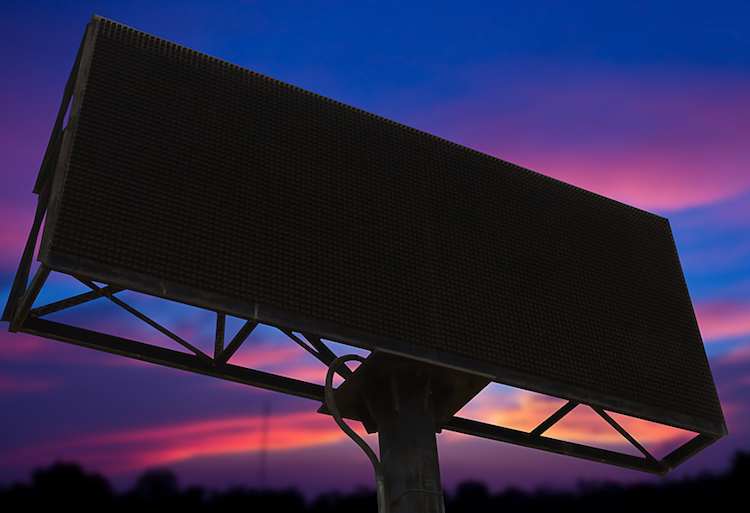 The U.S. Supreme Court gave the city of Austin, Texas, an initial win Thursday in a challenge to its sign restriction allowing digital billboards on business property but not off premises.

The high court ruled that the distinction between on-site and off-site digital billboards was content neutral under the First Amendment and not subject to strict scrutiny.

The challenge was filed by two outdoor advertising companies, Reagan National Advertising of Austin and the Lamar Advantage Outdoor Co. Austin, Texas, had denied their permits to digitize some of its off-premises billboards.

The Austin, Texas, restriction banned digital signs advertising a business, activity, goods or services that were not located on the site where the sign was installed.

The 5th U.S. Circuit Court of Appeals at New Orleans had held that the billboard restriction was content-based because it required an inquiry into “who is the speaker and what is the speaker saying.” The appeals court then applied “the onerous standard” of strict scrutiny and ruled that the restriction was unconstitutional, according to the opinion by Justice Sonia Sotomayor.

The Supreme Court reversed the 5th Circuit. The off-premises distinction “is agnostic as to content,” Sotomayor said. The sign code doesn’t single out any topic or subject matter for differential treatment. Rather, the provisions treat signs differently “based solely on whether it is located on the same premises as the thing being discussed or not.”

Sotomayor noted that distinctions between on-site and off-premises signs proliferated after enactment of the Highway Beautification Act of 1965, which directed states receiving federal highway funding to regulate outdoor signs near federal highways.

“The dissent would hold that tens of thousands of jurisdictions have presumptively violated the First Amendment, some for more than half a century, and that they have done so by use of an on-/off-premises distinction this court has repeatedly reviewed and never previously questioned,” Sotomayor wrote. “For the reasons we have explained, the Constitution does not require that bizarre result.”

The case will now be remanded for an evaluation of the sign regulation using intermediate scrutiny, which requires a restriction on speech to be narrowly tailored to serve a significant governmental interest.

The case is City of Austin, Texas v. Reagan National Advertising of Texas.