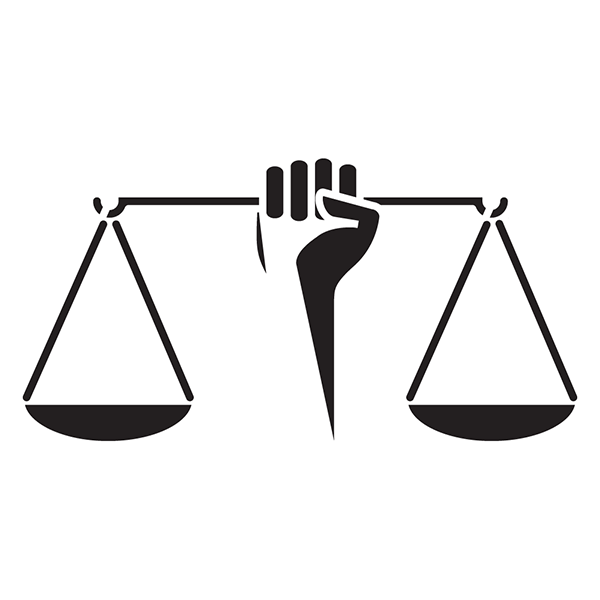 Since the 2020 presidential election, the Biden-Harris administration has offered policy correctives on a spectrum of civil rights and social justice issues. Still, we have more to accomplish. The ABA Section of Civil Rights and Social Justice's Rights of Immigrants Committee—in strategic partnership with the ABA Coalition on Racial and Ethnic Justice and with support from the African American Policy Forum—hosted a policy summit designed to advance racial equity and social justice principles.

In the aftermath of the 2020 election cycle, and on the heels of an historic racial justice movement, GOP lawmakers have responded to the political mobilization of communities of color with legislative reprisals. For instance, in response to the Black Lives Matter demonstrations following George Floyd’s murder, Republican legislators introduced more than 80 anti-protest bills in 34 states during the 2021 legislative session.

● Enact the Freedom to Vote Act: This bill expands voting access, such as an individual’s ability to participate in early voting and to vote-by-mail. It also allows for additional voter registration opportunities, including automatic and same-day registration. To encourage civic participation, it declares Election Day a federal holiday.

● Enact the John Lewis Voting Rights Advancement Act: This bill restores the full protection of the original Voting Rights Act of 1965 that the Supreme Court weakened in its subsequent decisions. It also requires reasonable public notice for voting changes to enhance transparency. Further, it empowers the attorney general to insert federal monitors anywhere in the nation where a credible threat of racial discrimination in voting exists.

● Consider federal intervention: The U.S. Department of Justice should institute and/or intervene in legal challenges questioning the constitutionality of laws that restrict education on racism, discrimination and bias and impede the ability to protest.

● Mobilize voters: Historically marginalized groups must mobilize their communities to insist on equality vis-à-vis the vote in local and national races.

● Prioritize judicial reform: As demonstrated in Brnovich v. Democratic National Committee, where a supermajority of conservative justices upheld voting rights restrictions in Arizona, judicial reform is a racial and ethnic justice issue with severe implications for historically marginalized groups. The administration should not only continue to prioritize diverse appointments to the federal judiciary, but also seriously consider structural judicial reforms.

After President Joe Biden prevailed in the general elections, 147 Republicans voted to overturn those results, thus planting the seeds for the subsequent riot. But what role did corporate America play in this sequence of events? For instance, Toyota donated $62,000 to 39 members of Congress who refused to certify the Electoral College results and only reversed course following consumer backlash. While corporate America largely stopped PAC contributions to the 147 Republicans who blocked the election results, others—such as telecom giant AT&T and health insurer Cigna—have resumed donations. Our experts recommended the following policy responses:

● Enact the Freedom to Vote Act: In addition to the provisions noted above, this bill encompasses campaign finance reform. For instance, it mandates additional disclosure of campaign-related fundraising and spending.

● Insist on corporate social responsibility: Corporations must adopt a public stance on civil rights and social justice issues. Ultimately, consumers should remind businesses that a failure to uphold their social responsibility will adversely affect their bottom line. As such, a corporation’s political giving should align with social justice values.

Must all terrorists be Black and brown? Let’s discuss white supremacy and national security

According to data covering 1994 to 2020 from the Center for Strategic and International Studies, white supremacists and right-wing extremists have long committed the majority of terrorist events on U.S. soil. From the 2015 shooting rampage at Mother Emanuel AME Church in Charleston, South Carolina, to the 2018 massacre at the Tree of Life Synagogue in Pittsburgh to the 2019 attack at a Walmart in El Paso, Texas, the victims were overwhelmingly African Americans, Jewish Americans, Asian Americans, Latinos and other members of historically marginalized groups.

● Challenge the system: Oppose political candidates, laws and public policies that engage in racism, xenophobia and related intolerance for clicks and votes.

During this policy roundtable, experts discussed what has happened on immigration in the last year, what is happening now and what needs to happen ahead. They recommended the following policy responses:

● Enact the No Ban Act: To prevent a future administration from instituting another “Muslim Ban,” this bill restricts the executive’s authority to limit immigration into the United States, while also barring religious discrimination in immigration-related actions.

● Realize refugee resettlement goals: After the former administration damaged the refugee program by capping annual admissions to 15,000, the Biden administration raised the cap to 125,000. To achieve this goal, prioritize rebuilding the necessary infrastructure including reopening offices, recruiting personnel and revising procedures to facilitate expeditious processing.

● Prioritize judicial reform: As demonstrated in Biden v. Texas, where conservative courts reinstated the Trump-era Migrant Protection Protocols, judicial reform is a racial and ethnic justice issue with immigrant rights implications. The administration should not only continue to prioritize diverse appointments to the federal judiciary but also seriously consider structural judicial reforms.

● Enact the New Way Forward Act: This bill addresses immigration laws that culminate in racial profiling, deportation and the separation of immigrant families.

Guantanamo Bay, torture and drones: Are we countering violent extremism or fueling it?

Twenty years after the tragic events on Sept. 11, debate persists surrounding the efficacy of U.S. counterterrorism tactics. Some question whether languishing prisoners at Guantanamo Bay and civilian casualties from drone strikes abroad contribute to the conditions and narratives that nourish—rather than extinguish—violent extremism. For instance, Faisal Shahzad justified his attempt to bomb Times Square as retribution for U.S. drone warfare in Pakistan. According to the Bureau of Investigative Journalism, drones in Afghanistan, Pakistan, Somalia and Yemen are responsible for thousands of civilian deaths—including children. Our experts discussed needed reforms.

● Close the Guantanamo Bay Detention Camp: Since most of the three dozen men currently held have never been charged with a crime, transfer and/or release them from the prison. To achieve this goal, the administration should appoint a special envoy dedicated to negotiating the transfer of detainees. As to those undergoing proceedings, negotiate plea bargains to effectively resolve the matter.

● Ensure meaningful accountability for torture victims: Declassify the entirety of the CIA torture program to facilitate full transparency. Prosecute all personnel who engaged in torture. Provide survivors of torture with meaningful redress in domestic and/or foreign courts. Make clear that no evidence derived from torture while in U.S. custody will be used in any proceedings except to support a victim’s allegations of criminal wrongdoing.

Engy Abdelkader is a council member of the ABA Section of Civil Rights and Social Justice and chairwoman of the section’s Rights of Immigrants Committee. She also is a fellow of the American Bar Foundation. She teaches at the Mitchell Hamline School of Law and Rutgers University.