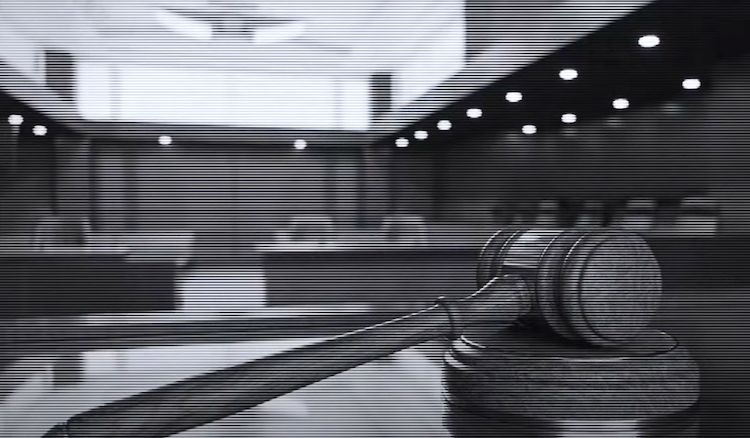 I like to start the new year by cleaning out my life, more or less. It’s kind of a ritual for me. I take time to send out file destruction letters to clients whose cases were closed out more than five years ago and permanently delete client communications from my email inbox that are just as old (five years is the rule in Oklahoma). Generally, I try to give myself a bit of a fresh start.

The cleaning doesn’t merely incorporate my business though—I also clean out some of my personal clutter. I go through photos on my phone, donate old clothing from my closet, and this year, I also decided to tidy up my Roku homepage.

The Roku cleansing started as an attempt to watch Wonder Woman 1984. I wasn’t sure if I had access to HBO Max, but after I was ultimately able to log in, I realized I have access to quite a few Roku channels via my cable subscription. All I had to do was sync them up.

I also discovered many of the niche channels I had downloaded—Thai Cooking Recipes, for example—no longer worked. Consequently, I also wanted to go through every channel and see if it was active, and if it was, whether or not it offered content worth the clutter.

When I clicked on the A&E channel app, I stumbled upon a show I was completely unaware of: Court Cam. Obviously, I had to take a closer look.

Court Cam first aired on A&E Dec. 5, 2019, and it’s currently in its third season. According to the official website, the series offers “[a] behind the scenes look into some of the most wild, unruly and dramatic moments caught on tape in courtrooms across the country.” After viewing a few episodes, I can whole-heartedly vouch for that description.

The show opens with a disclaimer: “The following program shows the proceedings and hearings from courtrooms across the country. Not all outcomes are known or final. All parties are presumed innocent unless proven guilty in a court of law. Due to the potential intensity of some events, viewer discretion is advised.”

Possibly it’s the inner deviant in me, but an opening like that will almost always grab my attention—hook, line and sinker.

After viewing the opening cautionary clause, I was immediately greeted by Dan Abrams. He narrates each episode by setting up the place and procedural posture of the problem that follows. He further offers play-by-play as the scene unfolds.

Is the series realistic?

One has to approach Court Cam with an understanding of what they’re in for: extreme instances of extreme behavior in courtrooms across the nation. The series isn’t set in any specific location, so the production team is free to cherry-pick the most outrageous instances of bad behavior it can find.

Many episodes seems like an America’s Funniest Home Videos of courtroom catastrophes, minus the audience laugh track and the copious number of one-liners. Don’t get me wrong; there are still a few witticisms here and there. For the most part, however, the commentary is measured and not too overbearing. Abrams does a great job of relaying the necessary facts in a way that keeps the audience engaged without becoming too distracting.

The streaming episode listing allows viewers to scan a synopsis of each 20-minute installment. From a defendant trying to sing his way to a lighter sentence to another lighting up a joint in open court and various instances of foul-mouthed individuals sparing with judges, there are quite a few memorable moments.

While scrolling through the episode explanation for each installment of the series’ three-season run, I saw at least one instance where my home state made an appearance. In season one, episode seven, an Oklahoma man enters the Tulsa County Courthouse without any pants. That sounds about right. Hell, I can very distinctly recall at least two instances of pants-related courthouse horrors. Both involved defendants defecating in the hallway … in two separate counties, mind you. I can only assume they removed their pants prior. It wasn’t pleasant.

Violence in the courtroom

So yes, absurd things do happen in courthouses reasonably regularly. But the series doesn’t simply recount the ridiculous. That same episode with the “pantless Oklahoman” began with a somber story involving a defendant who, after stealing a deputy’s firearm during court, proceeded to fatally shoot two court bailiffs and wound a deputy and a civilian before being killed himself during a failed escape attempt.

Season one, episode seven, also offers the audience a chance to see a defendant attack his defense attorney in open court. In this instance, the convict’s hands were handcuffed in front of him as opposed to behind. After receiving a 47-year sentence, he immediately begins striking his counsel in the face. I was surprised when the segment was immediately followed by an in-studio conversation with the battered attorney himself. The interview was a nice touch that added an interesting level of reality.

The incident in which the defendant attacked his own attorney took place in Cleveland, but I’m sure these attacks happen more often than people are aware. I remember hearing about another situation where a defendant attacked his attorney in my home state. Just search online for “attorney attacked by client,” and you’ll find numerous instances.

But defendants don’t merely attack their own attorneys. Sometimes, they attack the prosecutors as well. Back at the Tulsa County courthouse where the individual showed up without pants, a murder defendant attacked a senior prosecutor by striking him with a water pitcher (the second water-pitcher attack in a four-year period, to boot) directly after the judge read the jury’s verdict.

Another similar situation occurred in Oklahoma County court. The county’s elected district attorney, David Prater, was attacked by a defendant after a jury found the man guilty of first-degree murder. Prater remarked that the defendant’s actions showed just how violent and uncontrollable the individual is.

And sadly, that seems to be close to the truth. There’s an old saying: desperate people do desperate things in desperate situations. Sometimes the Court Cam segments don’t depict physical violence directed at a particular individual. There are multiple instances of defendants attempting to escape from custody. Often the escape attempt directly follows the defendant’s sentencing.

Court Cam provides an integral takeaway: Desperation isn’t limited to defendants. Victims and their family members feel the throws of despair as well. Many Court Cam segments show victims’ family members attempting to attack the person who injured or killed their loved ones. In fact, it seems that the majority of episodes deal with “revenge” by someone who feels they have been wronged.

Perhaps it’s a defendant who feels slighted by his or her attorney or the system. Maybe it’s a son trying to express the anguish of losing his mother by attempting retribution on the perpetrator. Regardless, there is a common thread that weaves all these players together: the despair that results from losing something of value.

Whether that loss is one’s freedom due to his or her own actions or losing a loved one due to the actions of another, Court Cam does an admirable job of showing the extreme examples of human emotions that play out—to one degree or another—every day in courthouses all across America.